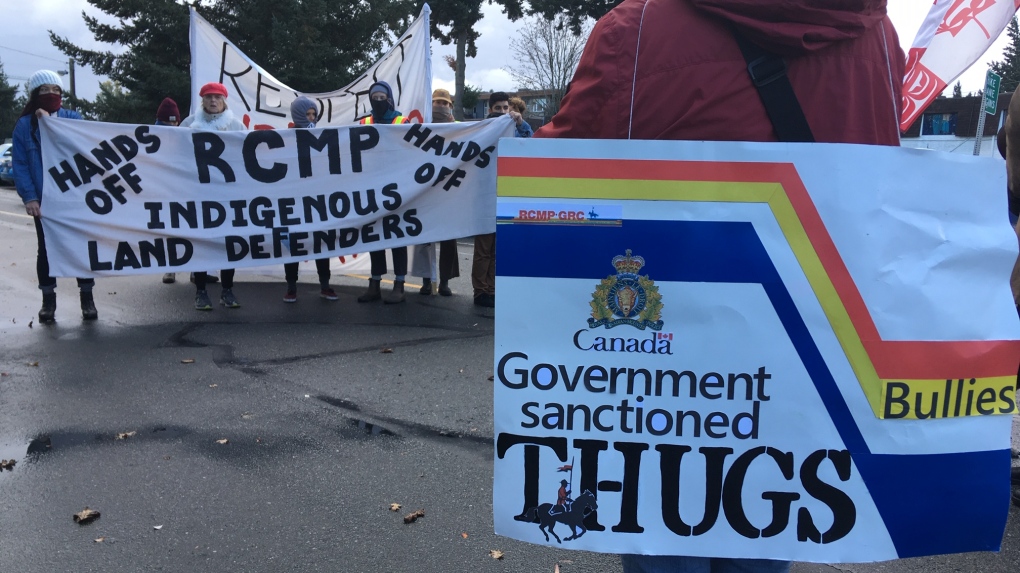 The protest, called the Highway March for Indigenous Human Rights and Climate Justice Against Trans Mountain Pipeline, was intended to draw attention to anti-pipeline efforts and recent RCMP actions against First Nations people who are working to prevent the pipeline from being built on their lands, according to activist group Rise and Resist.

Protestors marched from the Millstream Tim Hortons location to the West Shore RCMP detachment at 8 a.m., stalling traffic for approximately one hour, according to police.

According to Rise and Resist, the protest was inspired by the violent arrest of a Secwepemc First Nation member near Blue River, B.C. on Saturday. Activists say the woman, Kanahus Manuel, was arrested for mischief and was "slammed to the ground, had her wrist broken and was subsequently denied access to legal counsel and medical attention for the whole day."

The activist group says the federal government will receive push-back across the country if it continues to use violence to get the project built.