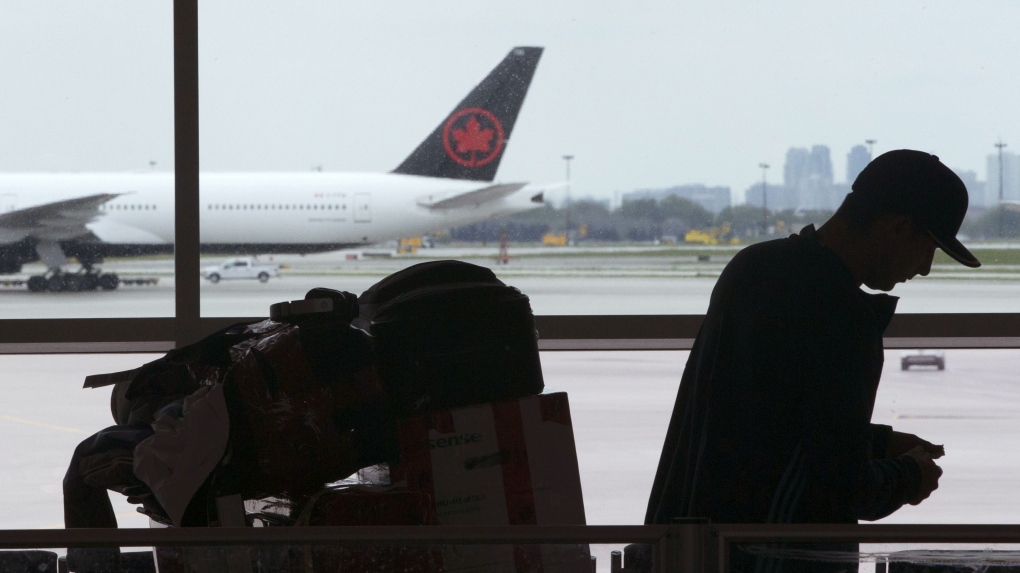 FILE - A passenger waits beside their luggage at the departure terminal at Toronto Pearson Airport, in Mississauga, Ont., Friday, May 24, 2019. THE CANADIAN PRESS/Chris Young

MONTREAL -- Air Canada is halting all direct flights to China following the federal government's advisory to avoid non-essential travel to the mainland due to the coronavirus epidemic.

The suspension is effective Thursday and slated to last until Feb. 29, Air Canada said.

Canada's largest airline runs 33 flights a week to Beijing and Shanghai. Earlier this week it began to cancel select flights as customers delayed trips and called off travel plans due to fears of the spreading epidemic.

Affected customers will be notified and offered options that include travel on other carriers “where available, or a full refund,” the company said.

The carrier is also waiving rebooking fees for flights that go through a partner airline to the Chinese city of Wuhan, the epicentre of the virus, until late March.

The Montreal-based company has seen its shares fall by about 10 per cent since authorities confirmed on Jan. 20 human-to-human transmission of the illness, which has caused 132 deaths and infected more than 6,000 people.

Air Canada said in a statement that it remains in consultation with the Public Health Agency of Canada, Transport Canada, and Global Affairs “and will adjust its schedule as appropriate.”

“Air Canada regrets this situation and apologizes for the serious disruption to our customers' travel plans.”

This report by The Canadian Press was first published Jan. 29, 2020.