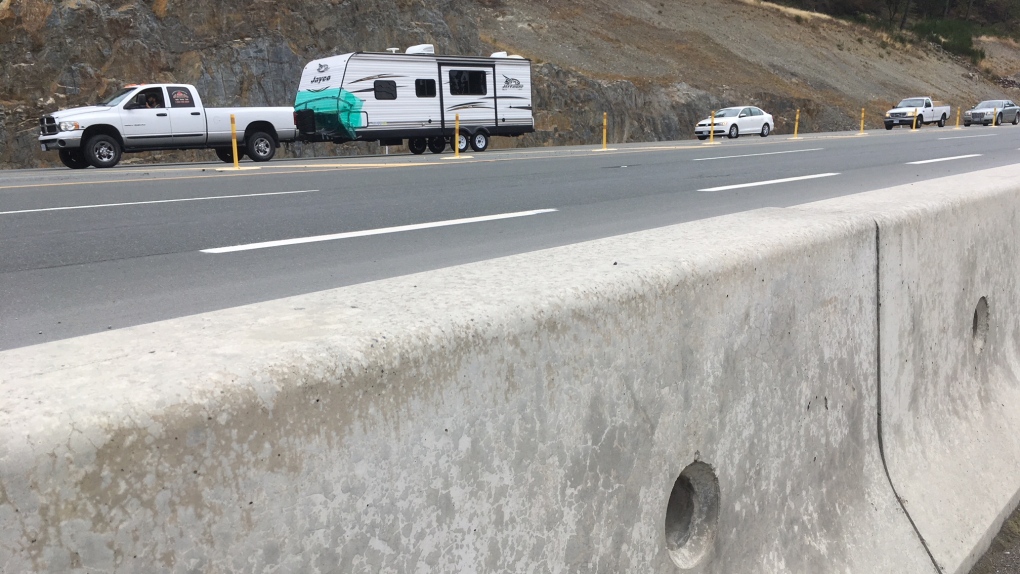 The construction of significant safety upgrades along the Trans-Canada Highway on Vancouver Island are expected to begin this fall.

According to the province, two kilometres of the busy highway between Leigh Road and West Shore Road will see a host of commuter safety upgrades.

The $9.1-million project includes the building of an entirely new highway lane, and placement of 1.2 kilometres of concrete median barriers.

Starting at Leigh Road, the highway will be widened from three lanes to four to help reduce northbound traffic congestion during peak hours.

The additional lane will also continue through the West Shore Parkway intersection to the northbound merge into Goldstream Park.

Langford Mayor Stew Young said the upgrade is important for the public and for first responders.

"That really is the last piece left and the most unsafe piece in our community," Young said Friday. "With the recent two fatalities there, I have to thank the government at all levels recognizing that this was an important piece that had to be fixed."

"Keeping people and goods moving smoothly is essential to helping our businesses compete and improving Canadians’ quality of life," said François-Philippe Champagne, federal Minister of Infrastructure and Communities, back when the safety upgrades were first announced in April.

"These vital improvements along Highways 1 and 14 on Vancouver Island will greatly reduce the risk of collisions and ensure residents, tourists and businesses can travel safely and efficiently through the region for years to come."

Back In April, the province also announced an $85-million investment into safety upgrades along Sooke's section of Highway 14.

Construction of the Highway 1 safety upgrades is expected to begin in late September and finish in summer 2021.