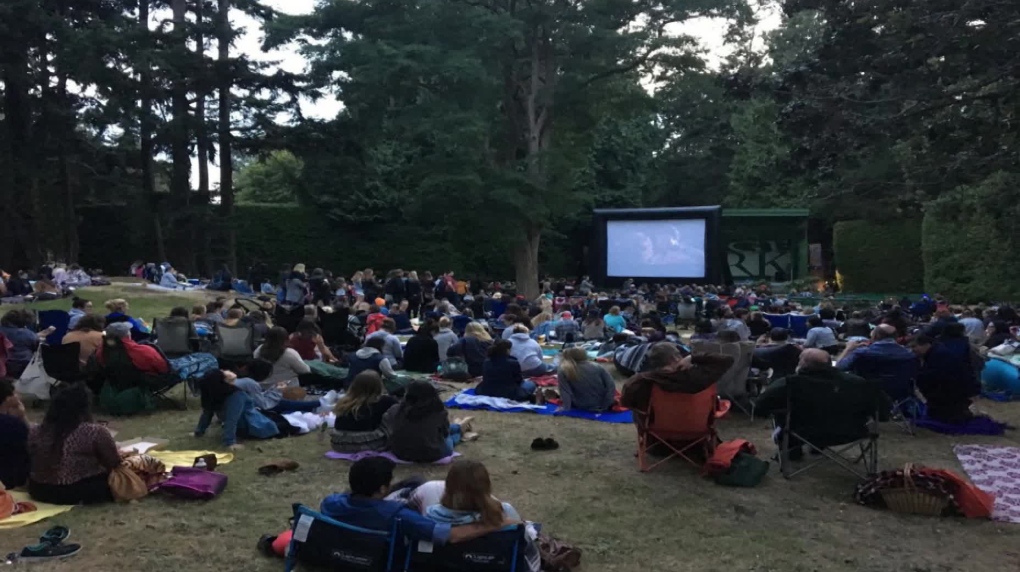 The Free-B Film Festival in Victoria takes place throughout the summer, with screenings starting on Aug. 9.

The countdown is on for another round of classic movies, cheap laughs and family fun as the Victoria Film Festival prepares to celebrate the 20th anniversary of it’s Free-B Film Festival this summer.

It’s one of the city’s larger community events, drawing crowds between 200 and 2,000 viewers to watch family friendly films on a gigantic inflatable screen at Beacon Hill Park's Cameron Bandshell.

The fact that’s it’s a free festival has helped with its success, but festival director Kathy Kay says it’s also a throwback to a simpler time.

Over the years, the festival has held screenings at the BC Legislature and even featured a Canadian 3D film from 1961, The Mask, among other movies.

“We screened Labyrinth and I had no idea that people quote along,“ Kay said. “And I’m sitting there and everybody in the audience seemed to says the first line and so it’s fun, that kind of wonderful warm feeling that you can get from this.”

People are encouraged to bring blankets and snacks and make themselves comfortable as the festival kicks off Fri., Aug. 9 with the 2001 romantic comedy Legally Blonde. Other screenings will include Dirty Rotten Scoundrels, Hook, Jurassic Park, Mrs. Doubtfire, and Harry Potter and the Prisoner of Azkaban.

A full schedule with rundowns and trailers for each movie is available online at the Free-B Film Fest's website.