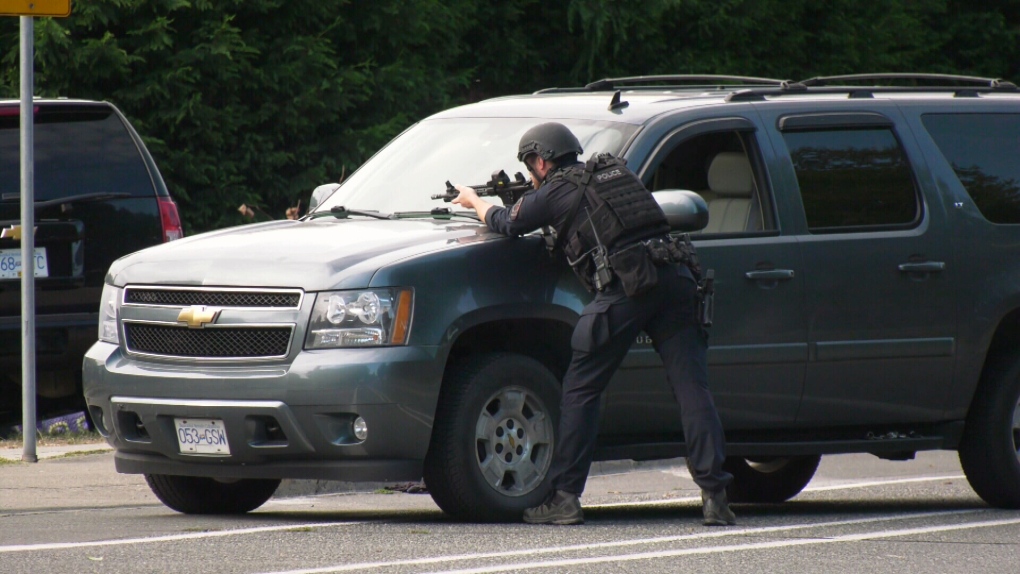 VICTORIA -- A warrant was issued Monday after a man failed to appear in court to answer to his alleged involvement in a dramatic police standoff that paralyzed a Victoria neighbourhood in September.

Matthew Neely, 28, was scheduled to appear in Victoria court Monday morning. When he failed to show, a bench warrant was issued for his arrest.

Neely was charged with dangerous operation of a vehicle, possession of stolen property over $5,000 and breach of an undertaking following a seven-hour standoff in a home near Victoria's Royal Jubilee Hospital on Sept. 4.

The incident brought heavily armed police and the region's emergency response team (ERT) to the 2200-block of Shelbourne Street.

Several homes in the area were evacuated and traffic on the street was halted while police and an armoured ERT vehicle surrounded the home.

Officers were initially called to the area for reports of an intoxicated man standing in the middle of the roadway.

When officers arrived, the man allegedly fled in a vehicle, ramming several parked cars, including a police vehicle, before fleeing into a house on foot.

Police deployed a negotiator and stun grenades before eventually arresting the man at gunpoint.