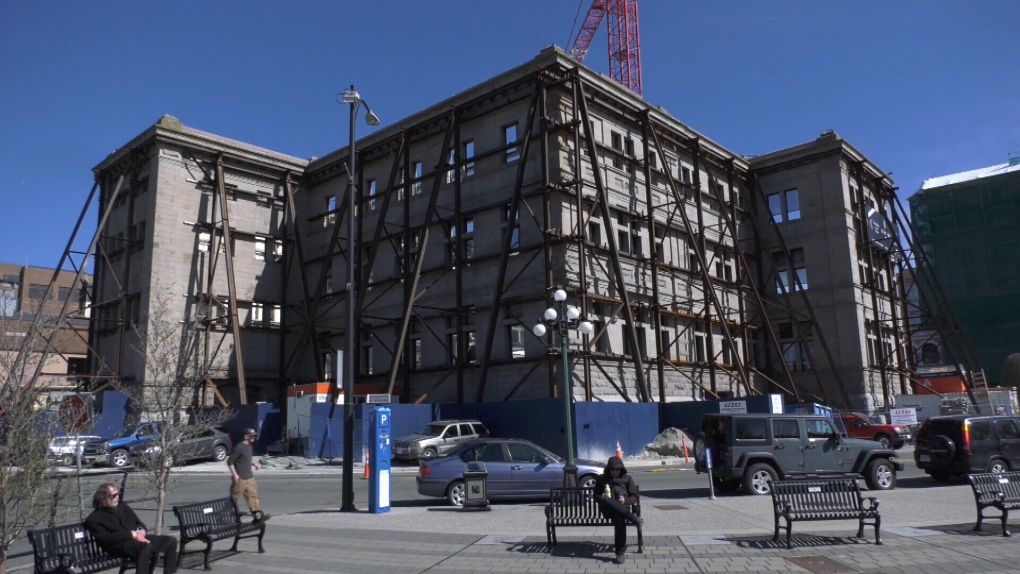 No injuries were reported, however police say the damage was extensive. (CTV Vancouver Island)

VICTORIA – Victoria police are looking for witnesses after a suspected early-morning arson that they say may have caused tens of thousands of dollars in damage to a downtown luxury condo development.

Shortly after 1 a.m. Thursday, Victoria firefighters and Victoria police patrol officers responded to a call for a fire at the site of the Customs House development at 816 Government St.

Firefighters extinguished the blaze, which police and fire investigators believe was deliberately set

No injuries were reported, but police say the damage was extensive.

Victoria police are looking to speak to any witnesses or people who may have knowledge about the fire.

Anyone with information about the incident is asked to call the police non-emergency line at 250-995-7654, or make a report anonymously by calling Greater Victoria Crime Stoppers at 1-800-222-8477.