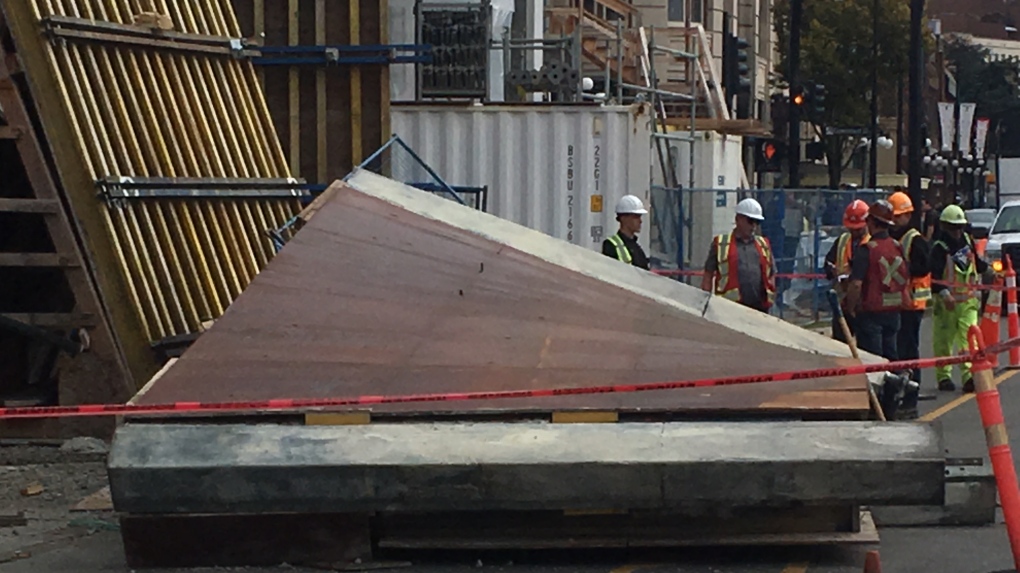 WorksafeBC has been notified of the incident and construction at the site continues. (CTV Vancouver island)

No one was injured after a construction crane working on Victoria's new Customs House condo development dropped a load of materials near a busy pedestrian intersection Wednesday.

Stan Sipos, CEO of construction company Cielo Properties, tells CTV News the crane was lifting form work to cast a stairwell in the building when the load dropped. 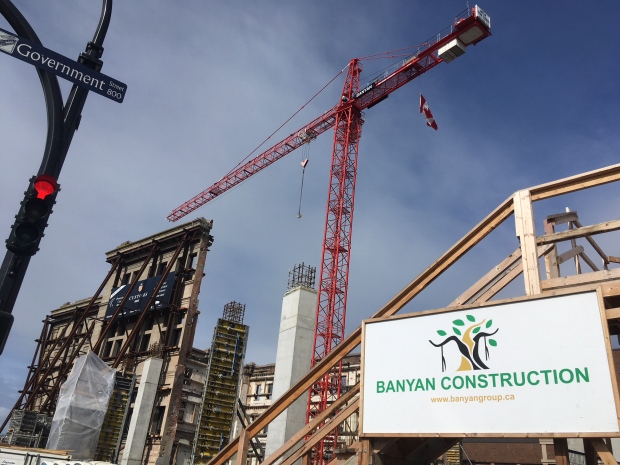 The load was approximately six metres off the ground when something on the crane gave out and the load fell onto Wharf Street, near the intersection of Government Street, Sipos said.

"I heard a great big loud crash and happened to look up," said Stephen Grey, a witness who was walking by the construction site when the load fell.

"I looked at the crane and the crane was teetering backwards and forwards... so I stuck around to make sure it didn't come down."

Traffic in the area was already being held back during the lift.

WorksafeBC has been notified of the incident and construction at the site continues. 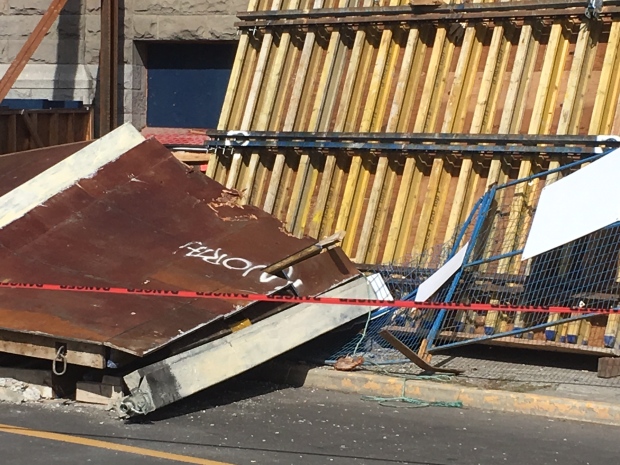