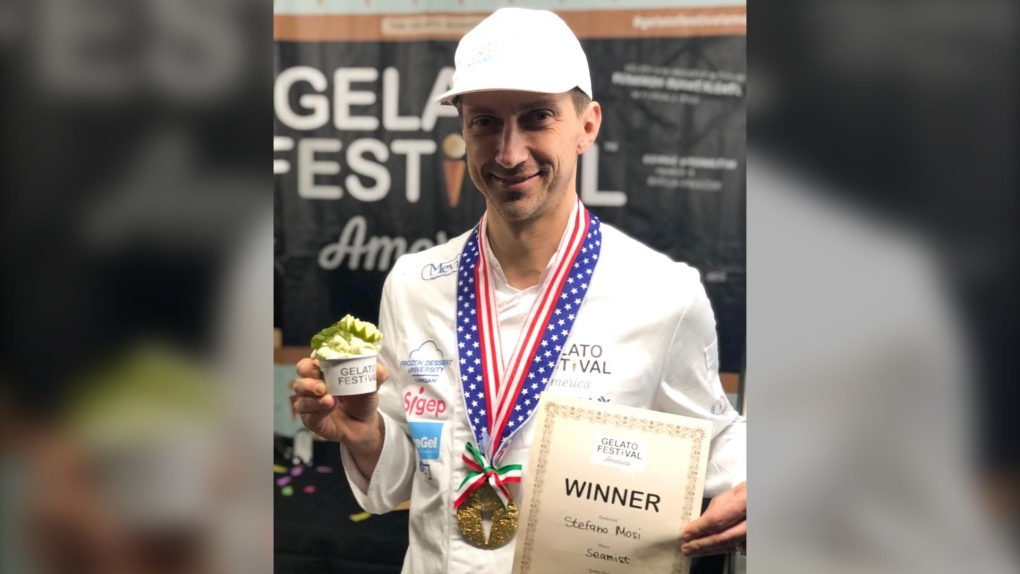 A Victoria gelato maker has taken home first place at Gelato Festival America, a dessert competition that featured competitors from around the world last week.

Seamist is described as an herbal tea sorbetto made from Silk Road tea that boasts flavours of mint, lemongrass, seaweed, fresh mint leaves and lime.

"For the winning gelato I used the Silk Road Seamist tea which everybody knows is very well known in Victoria," said Mosi. "I wanted to represent something as local as possible."

"I wanted to represent the West Coast and Vancouver Island."

Mosi says that while other flavours at the competition were delicious, some came off as too strong while judges described his as "perfectly balanced."

If his flavour prevails there, Mosi will qualify for the World Finals in Italy in 2021.

The European gelato capital is a familiar place for Mosi, whose father and grandfather first started making the frozen desert in Torino, Italy in 1925.

In the meantime, Victorians can try out Seamist at Mosi Gelato, located downtown at 569 Johnson Street.