Unlicensed motorcyclists ticketed for towing bikes with rope near Parksville 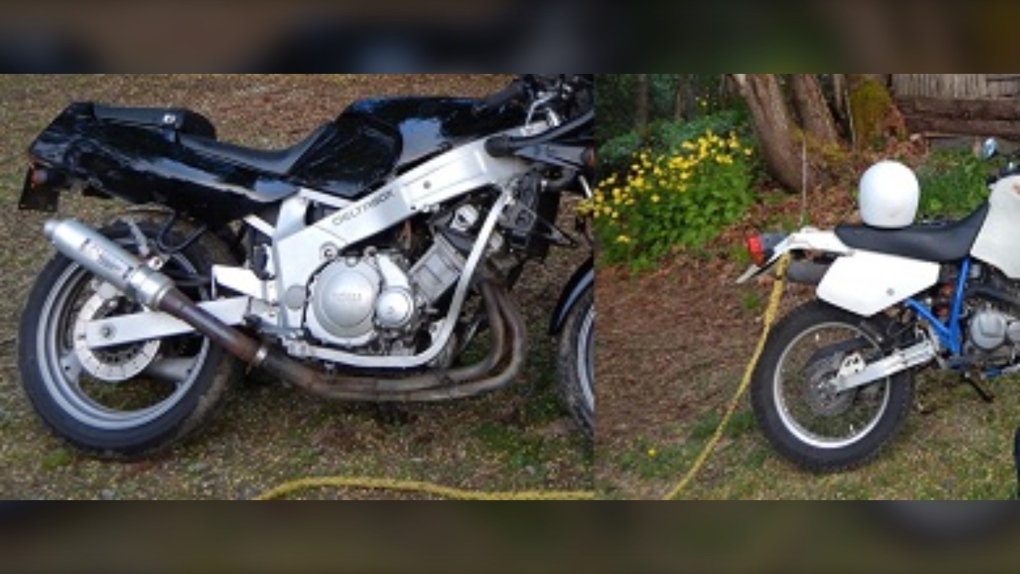 The seized motorcycles and rope used to tow the two together are shown: (Oceanside RCMP)

According to Oceanside RCMP, police spotted the unusual scene on Highway 4 near Coombs on May 5.

The motorcycle in the front was pulling the vehicle in the back, while the second motorcycle was acting as “the brake” for the pair.

RCMP say that when the riders spotted police, they tried to drive off the highway and hide behind a nearby building.

Mounties then caught up with the two motorcyclists and found that neither had a valid driver’s licence and that the bikes were uninsured.

Moreover, police say that neither motorcycle belonged to the individuals, and that one rider was showing signs of impairment.

The driver that appeared to be impaired was served a 24-hour driving prohibition. Both riders were also served tickets for riding with no driver’s licence and no insurance. They were then both released from the scene.

Both motorcycles have since been towed and police are looking into who owns the vehicles.