On Vancouver Island and nearby Gulf Islands, roughly 16,500 customers were without electricity in chilly conditions around 9:45 a.m.

Some of the largest outages were felt in Courtenay and Qualicum Beach, where 1,591 and 2,272 households were without power Thursday.

Entire Gulf Island communities, such as Saturna Island and Mayne Island, were also without power, affecting approximately 2,398 BC Hydro customers in the area. 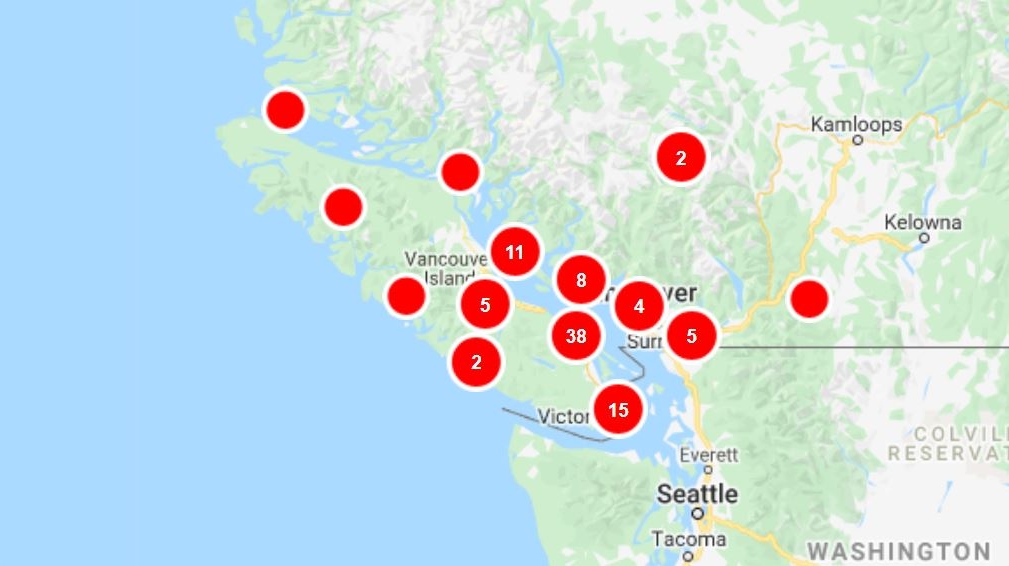 In North Vancouver Island, BC Hydro says it's aware of an outage that's affecting the communities of Tahsis and Zeballos.

On Wednesday evening, BC Hydro said heavy snowfall caused extensive damage to a power line that serves the two communities.

"We assessed damage using a helicopter yesterday, and we began work in areas where it was safe to do so," said BC Hydro in a statement late Wednesday evening.

"As more heavy snowfall is expected, work progress will be dependent on the weather conditions and crews' ability to safely access damaged areas."

The repairs and poor weather conditions means residents of Tahsis and Zeballos should expect to be without power for at least another day, says BC Hydro.

Heavy snowfall this week has wreaked havoc for travellers on Vancouver Island.

BC Transit cancelled many routes Thursday, while BC Ferries reported sailing cancellations and delays due to snowfall.

Schools were also cancelled across the island Thursday morning.