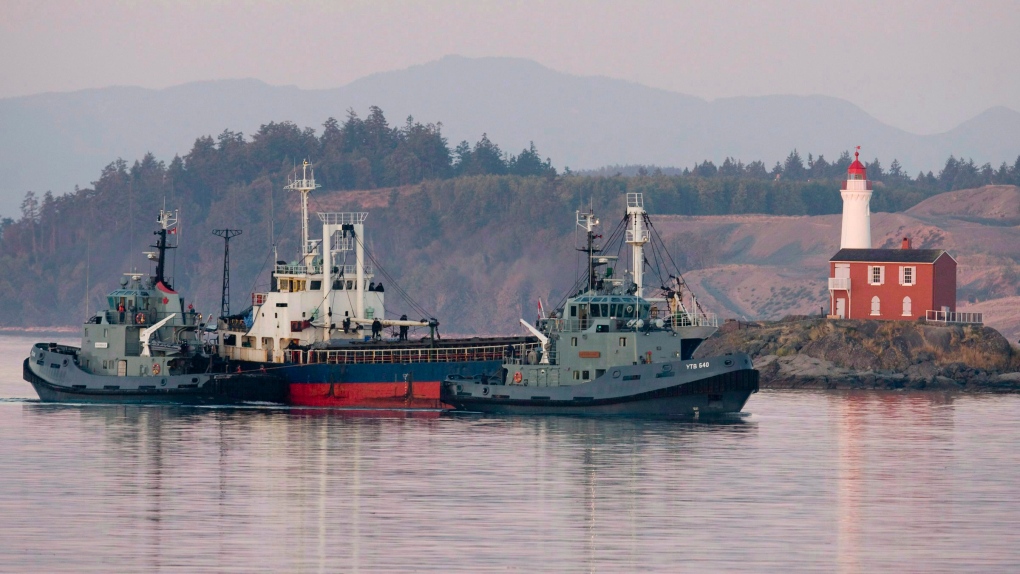 The MV Sun Sea is shown being escorted past Fisgard Lighthouse and into CFB Esquimalt in Colwood, B.C., Friday, Aug. 13, 2010. (THE CANADIAN PRESS/Jonathan Hayward)

VICTORIA -- An infamous cargo ship once filled with asylum seekers has been dismantled on Nanaimo's waterfront and trucked away.

The 770-tonne ship had 492 asylum seekers aboard when it was intercepted by Canadian naval authorities and towed to Esquimalt in August 2010.

It has since been in Nanaimo and CME began disposing of the derelict vessel in October after securing a $4.1 million contract from the federal government.