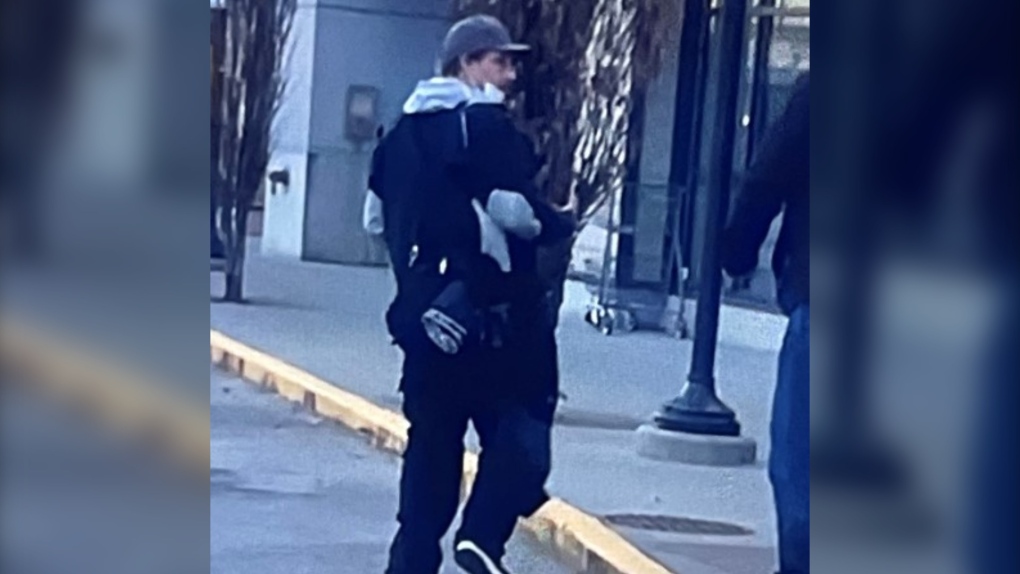 Police in Nanaimo are asking the public for help identifying a man suspected of stabbing another man at a local mall last week. (Nanaimo RCMP)

VANCOUVER -- Police in Nanaimo are asking the public for help identifying a man suspected of stabbing another man at a local mall last week.

The incident took place around 8 p.m. on Thursday, April 1, according to a news release from Nanaimo RCMP.

Police allege that the suspect stabbed the victim during "an altercation" near the Pantry restaurant at Port Place Mall. They say the suspect fled before officers arrived.

The victim was taken to hospital with minor injuries and later released, police said.

After speaking with witnesses and the victim, investigators determined "there was an exchange of words between the suspect and victim, which ultimately led to the altercation," police said in their release.

RCMP have released a photo of the suspect, which was taken by a bystander shortly after the incident. They're asking anyone who recognizes the man to contact them at 250-754-2345 and quote file number 2021-11682.

Police describe the suspect as a white man with "brown/blond" hair. He stands roughly 6'1" tall and was wearing a dark jacket and a baseball cap and carrying a white and black backpack at the time of the incident, according to police.

The knife the man allegedly pulled out was in a sheath, and witnesses described it as being old and rusty, police said.