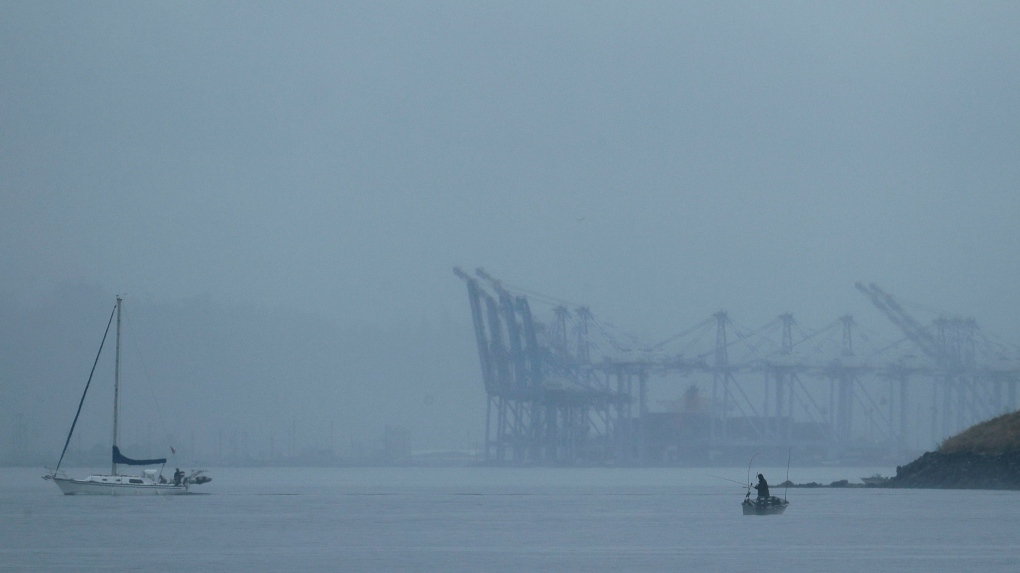 With cranes from the Port of Tacoma in the background, a man fishes from a boat on the waters of Puget Sound near Owen Beach Wednesday, July 10, 2019, in Tacoma, Wash. (AP Photo/Ted S. Warren)

SEATTLE - Washington state officials are monitoring an oil spill at a refinery.

The Seattle Times reports crews scrambled to contain the spill that happened late Friday at the Shell Puget Sound Refinery in Anacortes.

It wasn't clear Saturday how much spilled when a barge was transferring about 5 million gallons of crude oil from Alaska to the refinery. Washington State Department of Ecology spokesman Ty Keltner says it appears a much smaller quantity spilled.

Keltner says an inspector will be assessing why the spill occurred. Workers will be looking for any oiled wildlife.

The spill was at the end of a long pier extending into Fidalgo Bay.

Shell says crews spotted oil coming from the barge and identified the source as a pressure-relief valve. The valve was secured, stopping the spill.