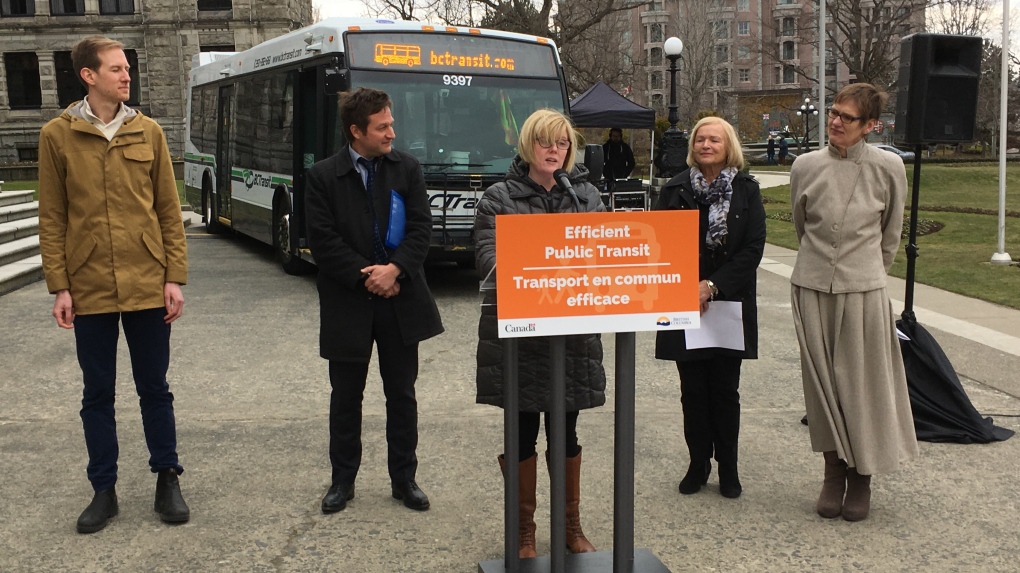 The federal and provincial governments have announced funding for the construction of a new southbound bus-only lane along the Douglas Street corridor.

Carla Qualtrough, Minister of Public Services and Procurement, committed $4.92 million to the expansion of the dedicated bus lane network.

The new lane will provide exclusive access for buses between the Burnside overpass on the Trans-Canada Highway and Tolmie Avenue in Saanich.

The bus lane will run parallel to the northbound lane completed in December of last year.

When construction is finished, buses will run in continuous lanes from the McKenzie Interchange and downtown Victoria.

“This new southbound bus lane is another step towards getting people moving more efficiently,” said Claire Trevena, B.C. Minister of Transportation and Infrastructure.

“Not only will it save time for people taking transit, but it will help reduce congestion for people driving by moving buses from the travelling lanes.”

The B.C. government is contributing $11.08 million to the $16-million project. The goal of the project is to further reduce gridlock for those who commute to the West Shore.

The northbound bus lane on Douglas has already reduced commute times by 10 to 12 minutes, according to Victoria Regional Transit Commission Chair Susan Bryce.

She went on to say that each of the projects is contributing to the VRTC's overall goal of bringing people in and out of the West Shore more efficiently.

During peak travel times, an average of more than 1,700 vehicles an hour move along the Douglas corridor.

There is no timeline set for construction of the bus lane as the contracts must still be tendered.