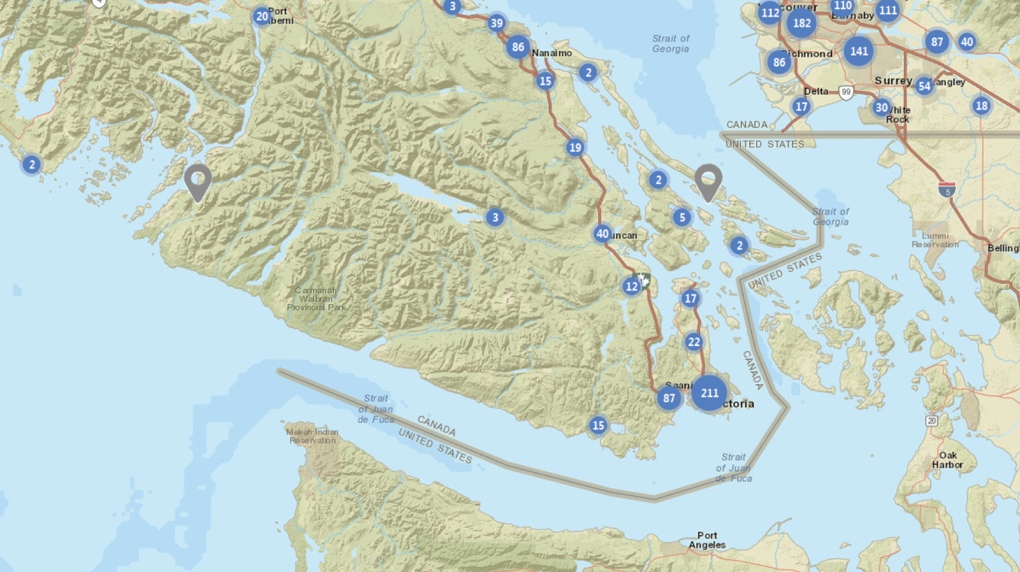 B.C. has unveiled a new online child care map showing what facilities and programs are available across the province. (maps.gov.bc.ca)

Finding a licensed daycare in British Columbia can be tricky, but now there’s a new online tool for parents to find open spaces for their kids.

The new online child care map provides parents with a look at what facilities and programs are available in their cities.

The map, which cost about $150,00 to create, also shows whether there are vacancies at any of the 4,000 licensed daycares across B.C., and what level of training staff at each daycare has.

“One of the things that parents have told us they needed was a map,” said Minister of Child and Family Development Stephanie Cadieux, who unveiled the new tool in Vancouver Tuesday. “One of the things we know from talking to providers was that, while one provider in a community might be full and have a waiting list, another provider might have space available, but they might not even know of each other.”

The map has listings for some 300 licenced daycares in the Victoria area alone.

It’s one of only three such maps in the country, according to the province.

A mobile-friendly version of the app is expected to come out later this year.