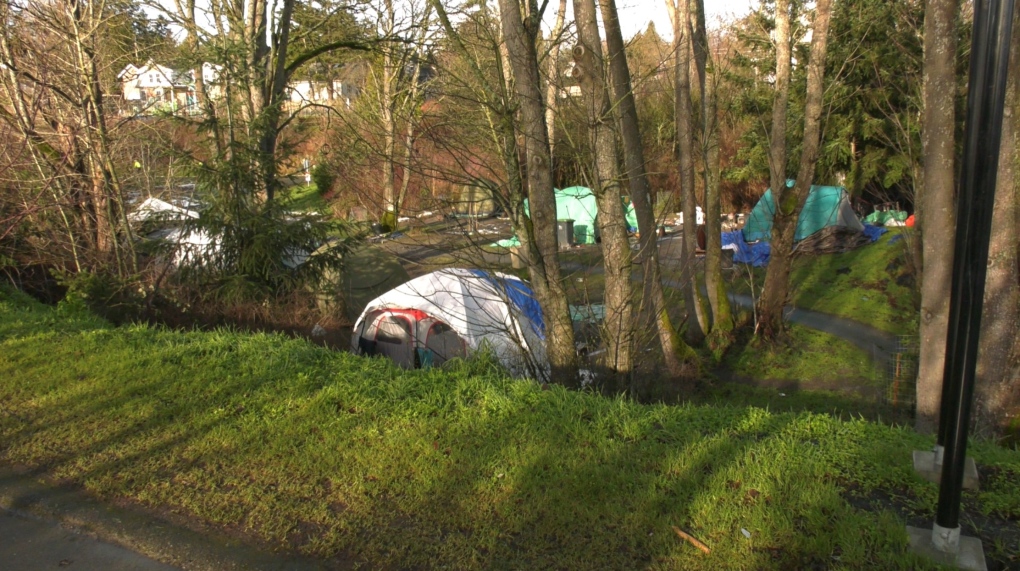 VICTORIA -- Police are investigating after a man allegedly poured gasoline on a tent in a Victoria park and threatened to set it on fire while someone was still inside.

A caller had told police that a man had poured gasoline on the tent and "threatened to light it on fire while holding a blow torch" while a woman and her dog were still inside.

Officers arrived at the scene and located the man at the park, located in the 400-block of Burnside Road.

He was then arrested for assault with a weapon, uttering threats and mischief. No one was injured in the incident, say police.

The man is currently being held in VicPD cells until his next scheduled court date.

Investigators say they believe the incident is linked to an earlier alleged assault that took place at the park on Monday morning.

Police say that officers were called to the same area of Cecelia Ravine Park around 6:30 a.m. for reports of a man being hit with a spiked bat.

Officers located a suspect at the park and arrested him for assault with a weapon. Meanwhile, a victim was also found at the park and he was taken to hospital for treatment of non-life threatening injuries.

After the victim was medically cleared from the hospital he returned to the park. That man is now considered the suspect of the gasoline incident.

The suspect for the earlier assault was held in VicPD cells Monday but has since been released on conditions until his next court date.

Police say the gasoline incident remains under investigation. Anyone with information on the altercation is asked to call Victoria police at 250-995-7654, or call Crime Stoppers anonymously at 1-800-222-8477.