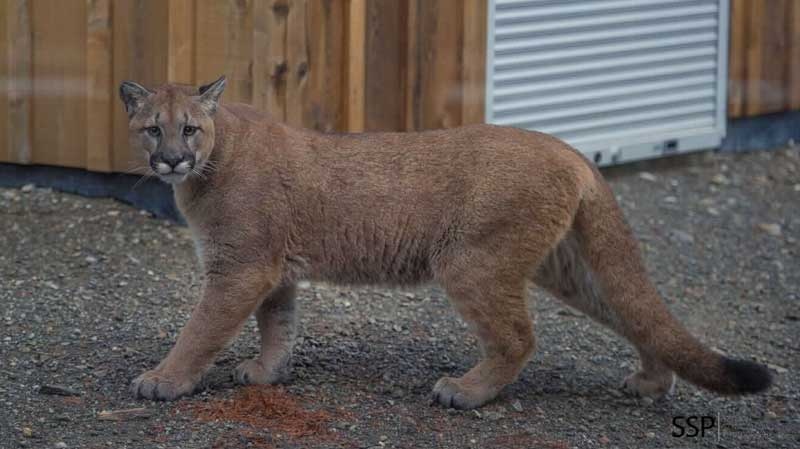 Saanich police are warning the public after a cougar was spotted at a popular park Thursday night.

The cougar was seen just before 8 p.m. on the main trail in Outerbridge Park near Blenkinsop Road and Royal Oak Drive.

It's believed to be a juvenile and was described as being grey in colour and only as big as a medium-sized dog, according to police.

The animal was last seen walking away along a secondary trail toward a group of homes.

The BC Conservation Officer Service has been notified of the sighting, Saanich police said.