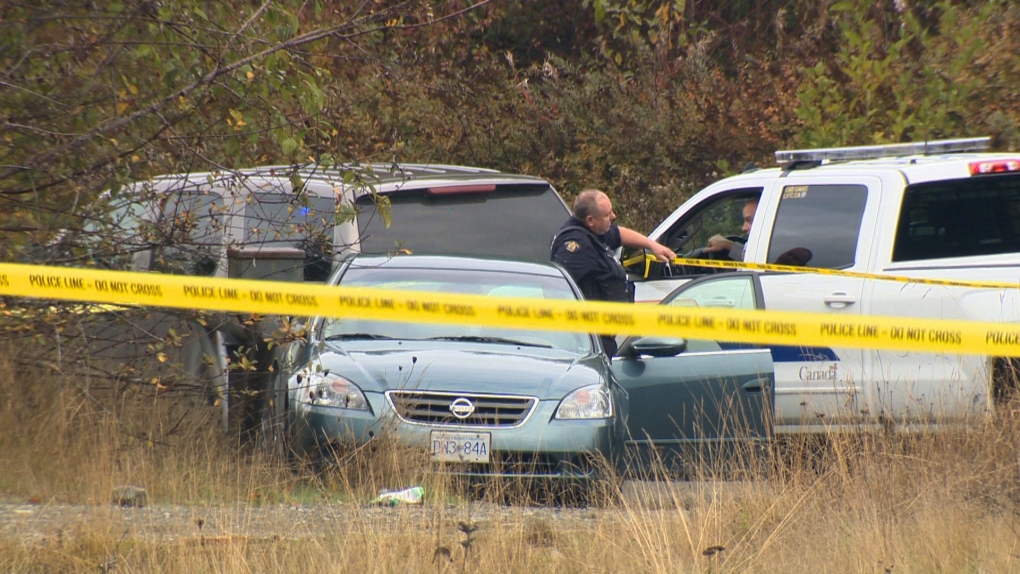 A 35-year-old man has died from injuries sustained in an RCMP-involved shooting in Qualicum Beach that is now being investigated by B.C.'s police watchdog. Oct. 12, 2017. (CTV Vancouver Island)

B.C.’s Independent Investigations Office is appealing for witnesses to an RCMP-involved shooting that happened in Qualicum Beach on Oct. 12.

Mounties were called about a man in distress in the 39000-block of Inland Island Highway around 6 a.m.

A report came in that a man had stabbed himself inside a vehicle on the highway.

Officers were also notified about a man running down the highway.

The IIO says a struggle ensued between a 35-year-old man and officers and it resulted in the man being shot.

The man died from his injuries and two officers were taken to hospital with minor injuries.

“Our hope is that we could possibly hear from commuters who may have witnessed a struggle on the side of the road or who possibly may have heard or recorded the incident,” said Shannon Brennan with the IIO.

Brennan adds that it’s hard to say how long the investigation will take because of the complexity of the files.

“Sometimes we can be in and out fairly quickly and others take much longer depending on whether or not we need third party reports,” she said.

The IIO is notified for any officer-involved incident that results in somebody who has experienced serious harm and or death.