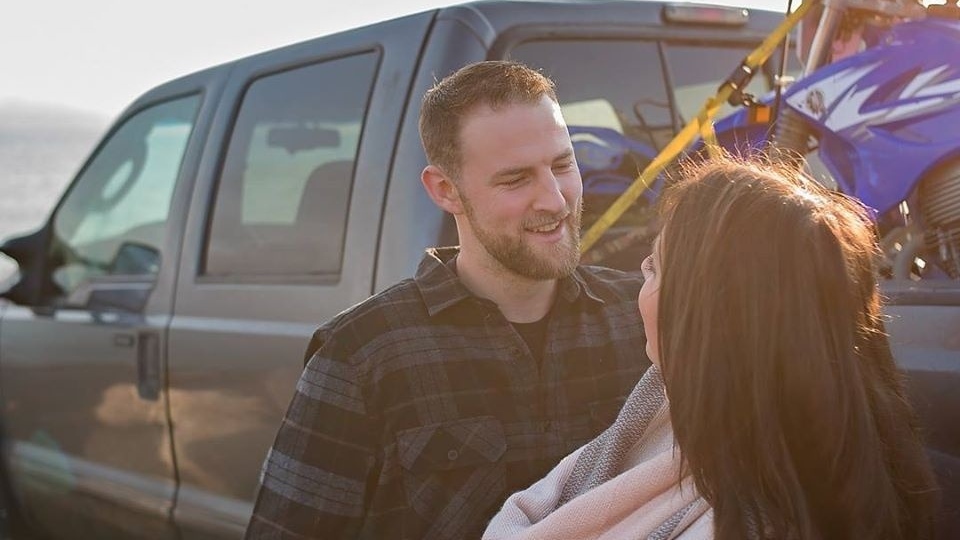 Geordie Murray, of Saanich, passed away in Alberta on Jan. 23 (GoFundMe / Rachael Westgate)

VICTORIA -- Family members have confirmed to CTV News that Geordie Murray, a Saanich husband and expecting father, was the B.C. man killed in Alberta last week.

On Friday, RCMP members from Alberta said that a Saanich man was killed in a shooting incident in Rocky View County, a rural area northeast of Calgary.

Murray's mother, Kath, tells CTV News that Murray died in a hunting accident on a trip with close friends. He is survived by his wife, Shauna Murray, and their unborn child who is due in July.

According to a GoFundMe campaign launched by one of Murray's friends, the baby is helping Shauna through the tragic accident.

Kath says that Geordie is remembered as a loving young man who would never turn away from people in need, including on two occasions when he ran into burning buildings to help rescue people who were inside.

She told CTV News that on one occasion, he ran into a burning building in a First Nations community in Brentwood, and that he did the same thing again during a downtown structure fire in Calgary.

"He could never drive by when someone was stuck on the side of the road," said Kath in the GoFundMe campaign description. "There isn't a bone in his body that would have let him leave someone in a lurch."

A funeral for Geordie is scheduled for Feb. 1 at 1 p.m. at the Church of Jesus Christ of Latter Day Saints, 701 Mann Ave. in Saanich. There is an open invitation to attend the ceremony, and friends ask that people send any stories they have about Murray to geordiestories@gmail.com so that the stories can be compiled into a book for Shauna to eventually shared with their baby.

Anyone looking to donate to the GoFundMe online fundraiser set up for Murray's family can do so here. All donations will go towards supporting Shauna and the baby, including the creation of an education fund.