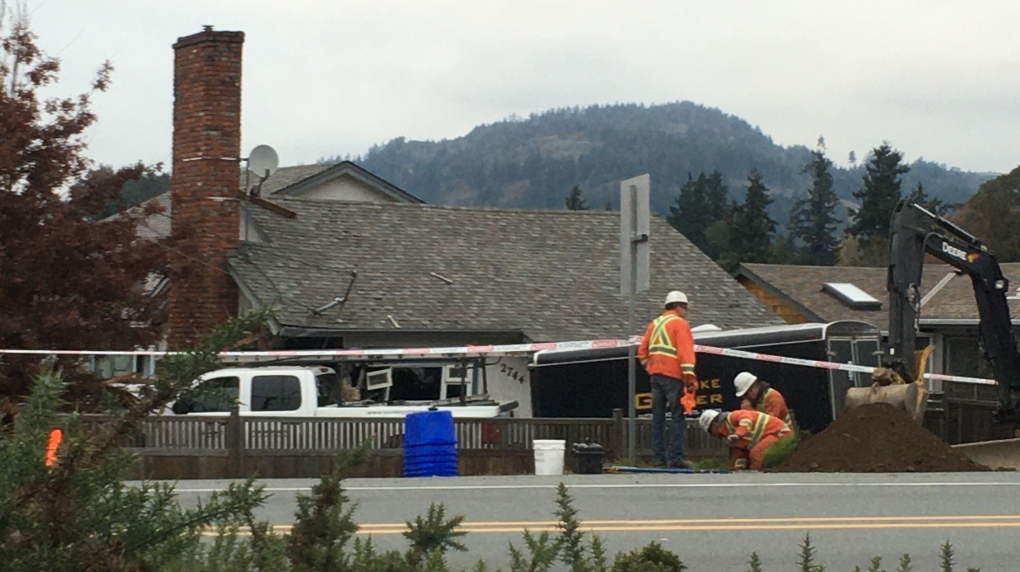 There were children in the room of the home where the truck hit but no one inside was injured. (CTV Vancouver Island)

VICTORIA -- The West Shore RCMP are asking the public to stay away from the 2700-block of Sooke Road after a truck slammed into a home Monday.

The crash occurred near the corner of Ronald and Sooke roads at around 3 p.m., sending one man to hospital.

Police say the male driver was the lone occupant in the white pickup truck, which was pulling a trailer when it crashed.

Police say the driver suffered a medical event while behind the wheel.

The truck hit a corner of the house where the electrical and gas utilities enter the home.

There were children in the room of the home where the truck hit but no one inside was injured.

Police, firefighters, BC Hydro and Fortis were all called to the scene.

In a tweet, the West Shore RCMP said traffic in the area was being diverted through Happy Valley Road and Luxton Road.