Clean-up of one of Canada's most toxic sites nearly complete 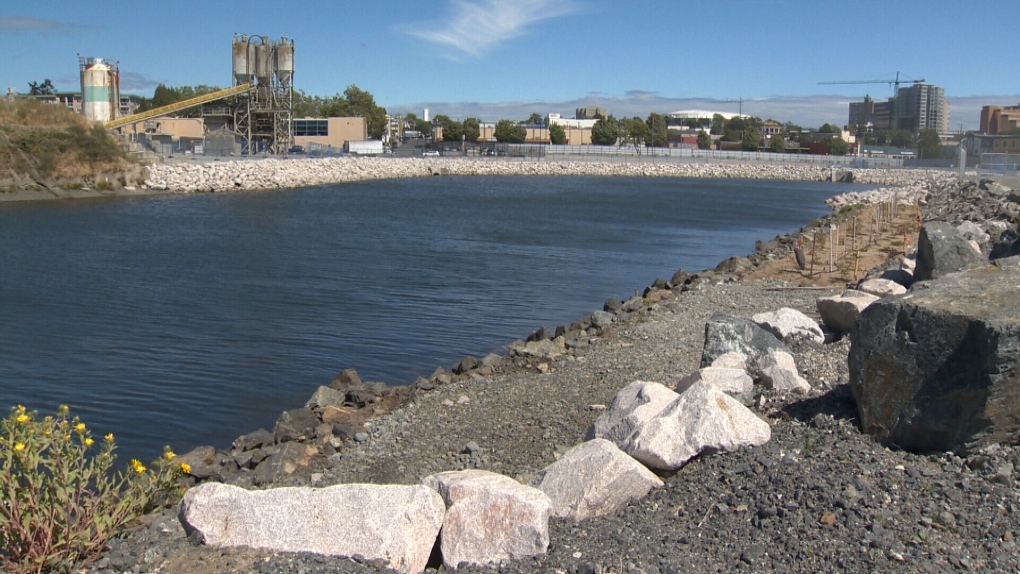 Rock Bay in Victoria, once considered one of Canada's most toxic sites, is nearly ready for redevelopment some 13 years and millions of dollars later. July 4, 2016. (CTV Vancouver Island)

What was once one of Canada’s most toxic sites is about to get a new lease on life following one of the largest environmental clean-ups the country has ever seen.

The Rock Bay Remediation project is nearly complete after more than a dozen years and millions of dollars poured into the clean-up efforts.

The site, now owned by BC Hydro and Transport Canada, stretches from Government and Pembroke streets to the waterfront.

It had been filled with coal tar from a coal gasification plant that operated on the site for 90 years, beginning in 1862.

The clean-up of 17 acres of contaminated land and seabed cost more than $130-million.

“This is the culmination, of really, about 13 years of work,” said federal transport minister Marc Garneau. “It involved moving about 300,000 tonnes of soil, some of it which was on land, but some of which was actually in the harbour. They had to drain part of the harbour and remove the sedimentation.”

The Songhees Nation and Esquimalt First Nation have agreed to purchase the site once Transport Canada wraps up work over the next few months, but it’s unclear how the land may be used.

It had been earmarked as a possible site for a badly-needed Capital Region sewage treatment plant, but the plan was put on the backburner earlier this year.

“It’s still a possibility but I don’t know if it will happen here,” said Esquimalt First Nation Chief Andy Thomas. “But I think for us to be able to acquire the property opens up a big future for our next generations.”

The First Nations are expected to take possession by the end of this year.