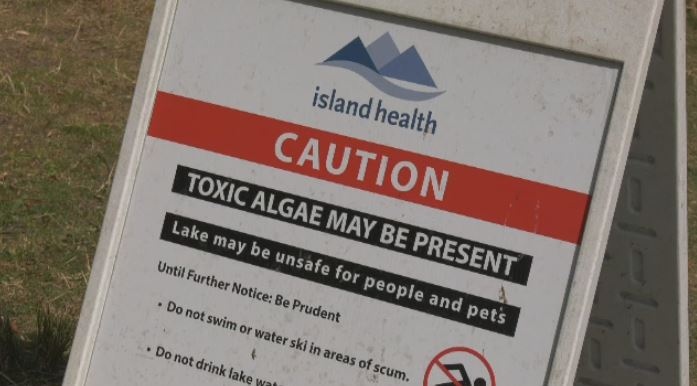 A blue-green algae alert that was issued for Beaver Lake earlier this summer was lifted Thursday afternoon, according to the Capital Regional District (CRD).

The alert originally warned visitors to the regional park to avoid swimming in the water as blue-green algae could cause a range of dangerous symptoms in humans and pets.

Recent tests conducted by the CRD have determined that algae in the lake has returned to a "below detection limit," meaning the lake is safe to enter again for swimmers.

The lifted warning comes less than one week after the CRD cleared neighbouring Elk Lake's water advisory, which was placed on the lake's Hamsterly Beach area.

Both Beaver Lake and Elk Lake are now safe to enter according to health authorities, though the CRD does encourage visitors to remain watchful for any distinctive blue-green sheen on the water, which can indicate a new blue-green algae bloom.

"Blue-green algae blooms are unpredictable and may occur at any time," said the CRD in an announcement on Thursday.

Meanwhile, the blue-green algae warning issued for Prior Lake in Thetis Lake Regional Park last Thursday is still in effect.

Officials recommend that people visiting the locally known 'clothing optional' destination should avoid swimming in the water or allowing their pets near the lake.

Updates on the advisory can be found here.