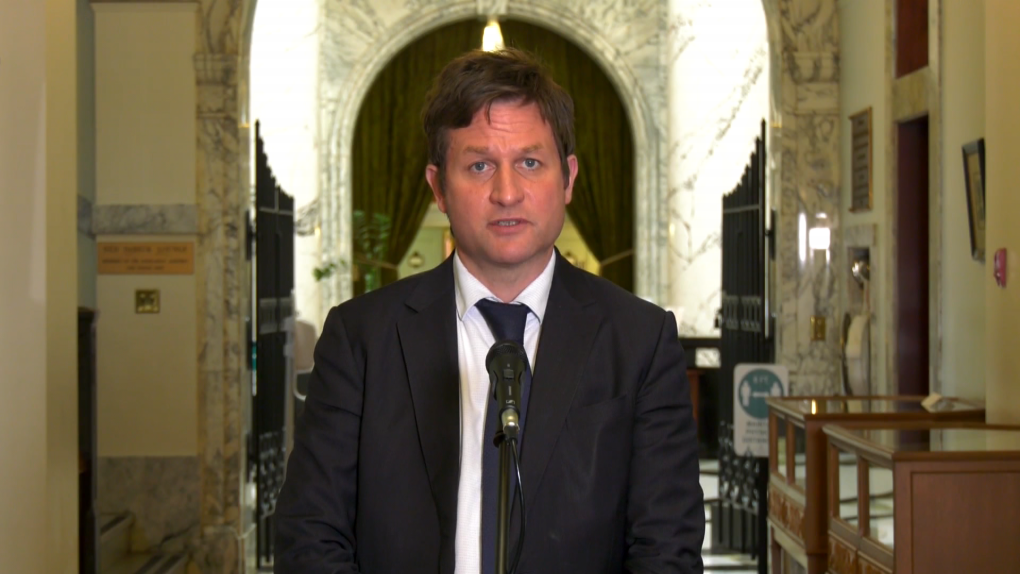 B.C. Education Minister Rob Fleming discusses the province's new plan to push back the start of the fall school semester on Aug. 11, 2020.

VICTORIA -- The B.C. government says it will apologize and provide financial compensation to thousands of students whose provincial exam scores were incorrectly reported last year.

B.C. Ombudsperson Jay Chalke issued a report Thursday into the mix-up that caused more than 18,000 Grade 12 exam marks to be filed incorrectly in 2019.

The investigation also found that the B.C. Ministry of Education's communications about the error with students and guardians were "inaccurate and misleading."

The education ministry says it has accepted all of the ombudsperson's recommendations, including apologizing to the students and developing a compensation fund for students who were negatively affected by the exam errors.

"The compensation program should provide for financial payments to be made to individuals who can demonstrate that a financial loss was incurred or an expense reasonably arose from the exam tabulation errors and should include, but not be limited to, students whose grades were adjusted both downward and upward," the report concluded.

Chalke's report found that of the nearly 32,000 exams written in June 2019, the results of 18,741 exams were posted incorrectly. Approximately half of those scores were inaccurately low and the rest were inaccurately high.

The education ministry scrambled to alert students and parents of the errors last summer, but the ombudsperson found the ministry's notices and updates on the issue "lacked transparency and were sometimes overly reassuring to the point of being misleading."

Among the recommendations, Chalke asked the ministry to implement new communications protocols that require "a senior ministry official to certify in writing that all statements in any news release, social media posting, website posting or other communication with the public are accurate and not misleading."

The errors affected scores for three examinations in English, Communications and French classes.

The ombudsperson's investigation found some students applying to post-secondary education could have had their course registrations declined because of the errors.

"For example, undergraduate students at the University of Victoria must complete an academic writing requirement course; however, that requirement is satisfied if the student obtains a score of at least 86 per cent on the English 12 or English 12 First Peoples provincial exam," the report said.

"Students who reviewed the earlier incorrect results and registered for classes based on an incorrect exam score could have been affected in one of two ways: A student might have taken the academic writing course based on an incorrect assumption that they needed to (they thought they scored less than 86 per cent) and when they went to switch courses, their desired alternative course was full."

Alternatively, the ombudsperson wrote, "a student may have believed they did not need to register in the academic writing course because the initial exam score was at least 86 per cent, but when the updated results were obtained and they realized they needed to take the academic course, that course was full."

The report found that, as a result of the error, approximately 110,933 transcripts with potentially incorrect grades were received by post-secondary schools across B.C., Alberta and Ontario.

In response to the report, deputy education minister Scott MacDonald said the ministry will implement the recommendations by Dec. 31.