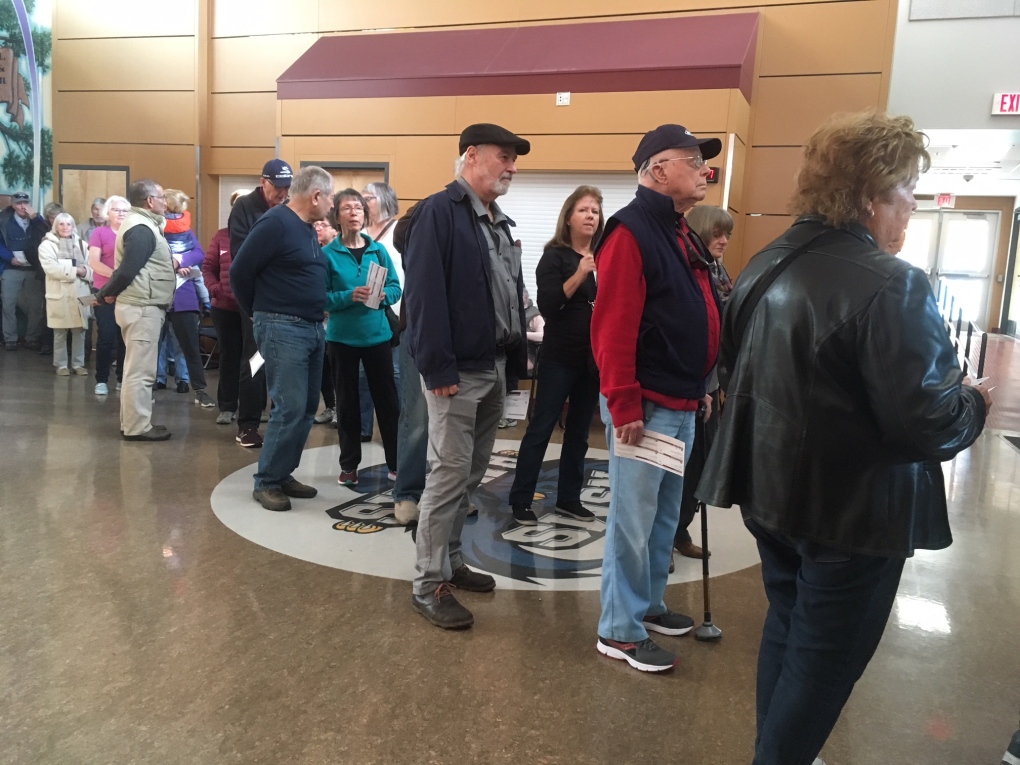 Most polling stations were busy today at the advance voting station in Sidney at North Saanich Middle School. Voters in line had to wait about 40 minutes before they could even enter the venue to cast their ballots.

Most voters were undeterred, however, in the first day of four that the advance voting station is availalble.

When asked about the line ups and delays, island resident Linda Black said, "It's the first day, so it’s likely to be a little bit slower then on Saturday or Sunday because they have to get the whole process worked out I guess.”

Others in line said that they were taking advantage of voting now because they will be travelling and did not want to miss their chance to vote.

The common message relayed from everyone at the advance voting station was: “Get out there and vote.”

Voters who must drop off their ballots at their assigned polling station, unlike in some provincial elections where ballots can be submitted at any polling station.

To find out where your assigned polling station is, check the back of your voter information card, visit the Elections Canada website, or phone the organization at 1-800-463-6868.

Alternatively, individuals can drop off their advance vote at any Elections Canada office across the country, or mail it to the organization using a special ballot process outlined here.