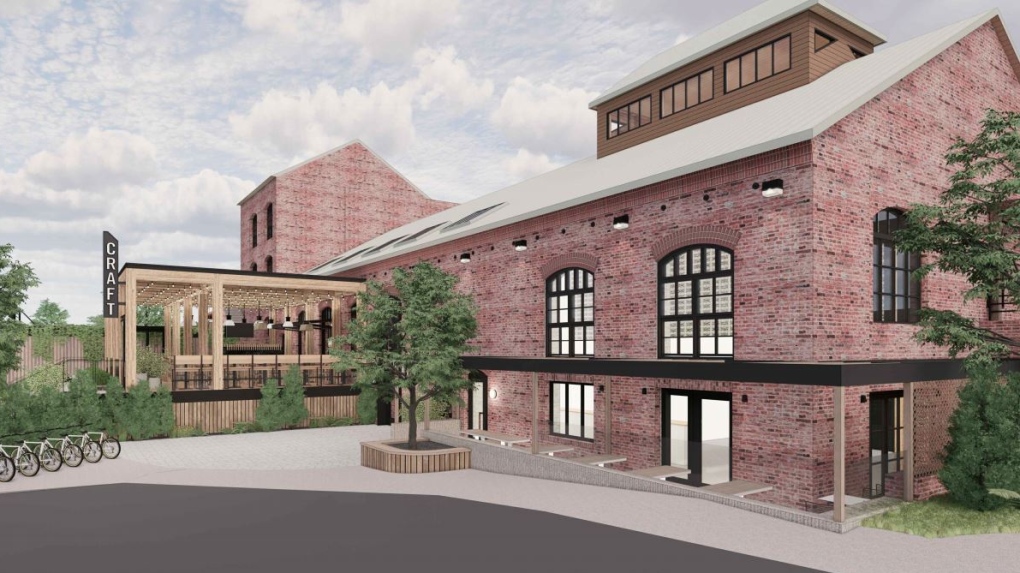 A rendering of the renovations is shown: (CRAFT Beer Market)
Victoria -

A long-standing Victoria business is set to close its doors next month, and reopen as a new location for Canadian franchise CRAFT Beer Market.

Canoe Brewpub, located along the Inner Harbour, will "pour its last pint" on Oct. 18. The building will then undergo major renovations before reopening as a CRAFT Beer Market, which the company describes as a "premium casual restaurant."

Renovation plans for the space include a new "open beer-hall style" section, an expansion to the waterfront patio, and the introduction of a yard-games area.

In August, the city approved the renovation plans, which also included a "flexible" outdoor seating area where fire pits could be placed.

"We are excited to reinvigorate the space to be a landmark destination within the community," said CRAFT founder and president, PJ L’Heureux, in a release Wednesday.

"There is a lot of history in the building, and we’re thankful for the support that the community has given Canoe over the years."

With "beer market" included in the franchise's name, CRAFT says it will offer a diverse range of beers at its new Victoria location.

The company says it will have more than 100 drinks on tap, including local and international beers, ciders, and other beverages.

"We have long been serving Victoria-born beers at many of our locations," said L’Heureux. "We are excited to be a part of the Victoria craft beer community as a producer."

"This location will be our first brewing facility and the first member of our family in Victoria," said L’Heureux.

After the brewpub closes on Oct. 18, CRAFT estimates that renovations will take four to six months to complete. The company hopes to reopen in late winter 2021, or early spring 2022.