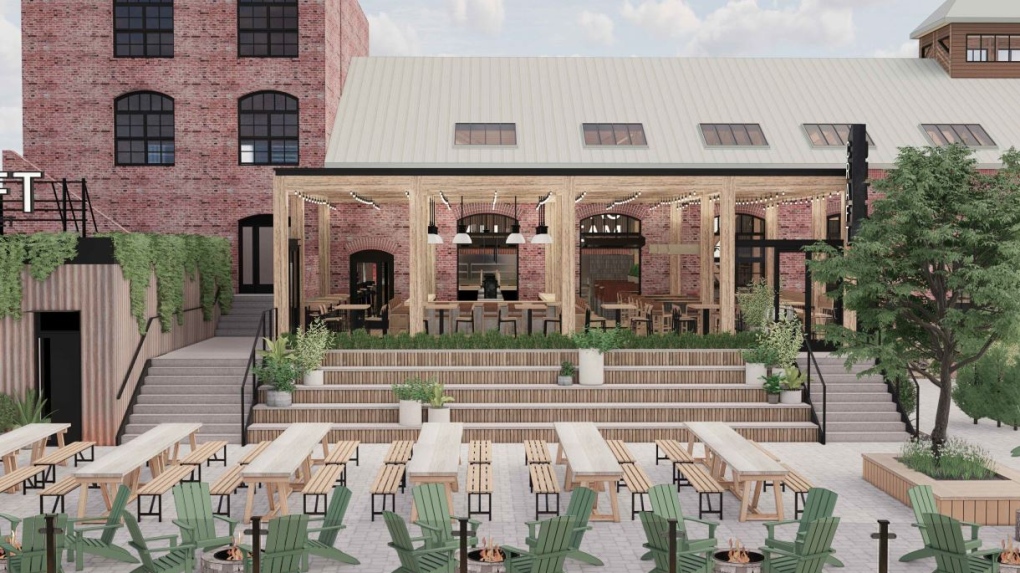 The City of Victoria is reviewing some of the proposed changes at Canoe Brewpub, including updates to both the building's interior and patio spaces. (CRAFT Beer Market)
Victoria -

The City of Victoria has approved renovations to the Canoe Brewpub property after it was purchased by Canadian franchise CRAFT Beer Market earlier this year.

CRAFT purchased Canoe back in January, and at the time the company said it was planning "significant renovations" in the future.

Now the city has greenlit the proposed changes, including updates to both the building's interior and patio spaces.

For the front patio, facing the water, CRAFT is looking at changing most of the seating to rows of picnic benches.

A portion of the outdoor space, close to where the existing outdoor bar is, will also be converted into a bocce ball area, according to the proposals.

Notably, a large vertical "CRAFT" sign will be attached to the roofed patio section, and the main entrance to the building would be moved slightly.

Overall, the proposal says that total outdoor occupancy would remain at 275 customers.

CRAFT Beer Market has nine other locations across Canada, including four in B.C. The company said in January that it is a "premium casual restaurant" that looks forward to highlighting local beers alongside other Canadian brands.

In January, the company said it planned on using Canoe Brewpub's brewing equipment, and will continue to sell Canoe-brand beers.