Three weeks after an arson attack forced a Ukrainian priest and his family to flee their Victoria home in the middle of the night, police have still not identified any witnesses to the incident.

Last week, Victoria police released photos of two men who were captured on surveillance cameras near the home in the 1100-block of Caledonia Avenue around the time of the fire on April 20.

The first potential witness is described as a white man, approximately 50 years old, who stands six feet tall with a medium build. He has short, dark-brown hair and is clean-shaven and was wearing a brown jacket with black areas near the shoulders, a black sweater, dark blue jeans and dark lace-up shoes.

The second potential witness is described as a 25-year-old white or Middle Eastern man who stands six feet, two inches tall with a medium build. He has medium-length, dark-brown hair, a short beard, and was also in the area of Cook Street and Caledonia Avenue just after 1 a.m.

He was wearing a dark blue hooded coat, olive-brown pants, dark shoes, and a green backpack.

Police have also released video of a light-coloured SUV that drove by the home moments before the blaze.

On Wednesday, police said they have yet to identify the pedestrian witnesses or anyone inside the vehicle.

"We would love to deal with these files in a quick manner, however sometimes the reality of investigations are that they take time," said Const. Cam MacIntyre. 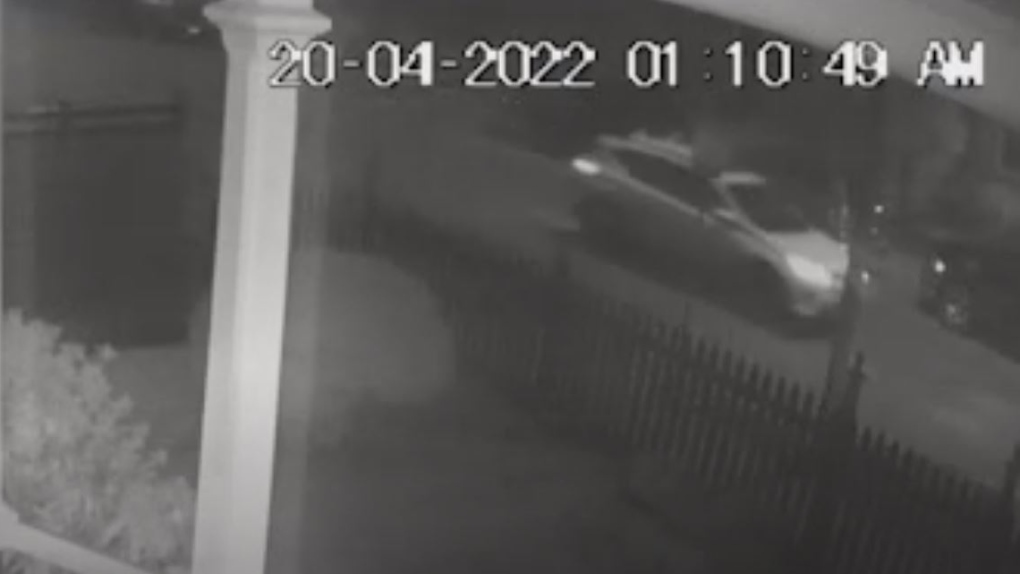 Victoria police are hoping to identify and speak with anyone who was inside this car that drove past the home moments before it was set on fire. (Victoria Police)

Police say the investigation into the blaze is still active and they haven't ruled out whether the fire was a targeted hate crime.

It's estimated the repairs will take up to two years.

"Through another religious local charity here in Victoria we were able to secure housing for the family," said Alec Rossa of St. Nicholas Ukrainian Catholic Church, which owns the home that was damaged in the blaze.

Detectives with VicPD's major crime unit continue to investigate the fire. Anyone with information about the fire or the potential witnesses is asked to call Victoria police 250-995-7654.