Victoria man bites down into 48 pearls during oyster dinner 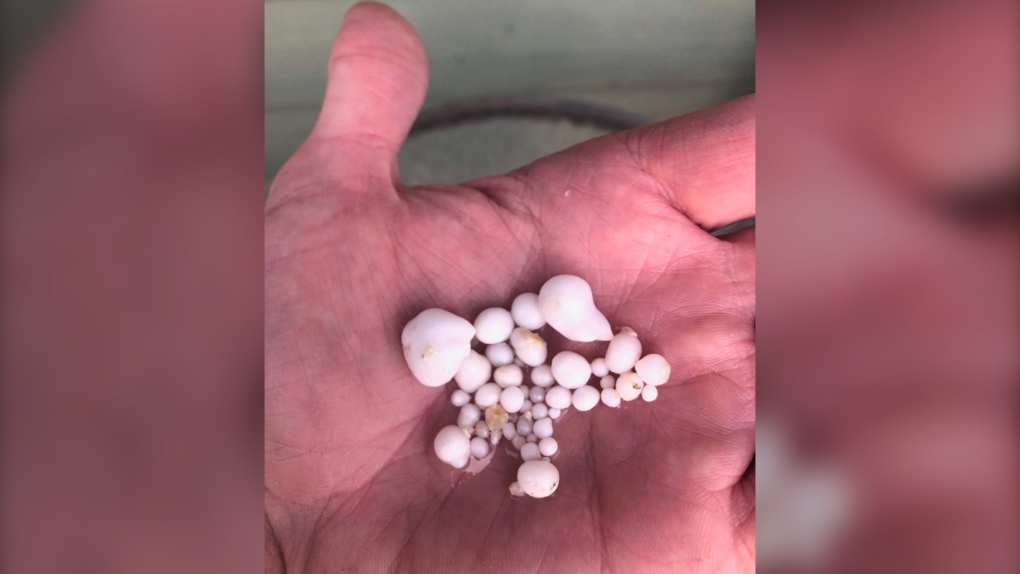 Just a handful of the 48 pearls Victoria man Eric Bourquin found inside one oyster on Saturday, Sept. 7, 2019 (Photo courtesy of Eric Bourquin)

Victoria man Eric Bourquin was in for a painful but exciting discovery when he bit into an oyster filled with dozens of pearls on Saturday night.

Bourquin says he and his wife were at a friend's house for dinner when he bit into an oyster that "nearly broke" his teeth.

"I had a couple [of oysters] already and I go for another one and I bite half of it off," said Bourquin. "It felt like there was a bunch of rocks in my mouth."

"I thought, 'my god, what the hell is this?' I started spitting out pearls. There was at least a dozen in my mouth of various sizes."

After Bourquin cleared his mouth of the pearls, he says he pressed the remaining half of the oyster and "more just kept coming out."

"We couldn't believe what was happening," he said.

Bourquin says the lucky oyster was harvested by his friend who was hosting the dinner. Every year, the friend goes skiing at Mt. Washington during the winter and on the way back he stops at a "secret location" south of Courtenay where he picks up some seasonal bivalve mollusks. He then shucks them and freezes them for future meals, like the one Bourquin was invited to.

In total, 48 pearls were found inside one wild Pacific oyster. Bourquin says the pearls range from the size of a human molar to some that are 4 – 5 milimetres, to a few that are 1 -2 millimeters long.

Finding a pearl in a Pacific oyster is rare, according to Bourquin. The Victoria man says he knows someone who works at Mac's Oysters in Fanny Bay who shucks approximately 1,200 oysters a day and seldom finds even just one pearl over the course of his shift.

Bourquin says that, while finding pearls inside a wild Pacific oyster, never mind 48, is rare they are likely not worth as much as a typical jewellery-grade South Sea pearl.

"If anyone's willing to offer me a million dollars for them I'll take it," joked Bourquin. "But I don't think they're worth much of anything. They're worth more as a story to tell to friends and family over dinner."

He now plans to divide the pearls up with his wife and friend who originally harvested the oysters to do with as they please and that they are considering making some sort of jewellery with them.