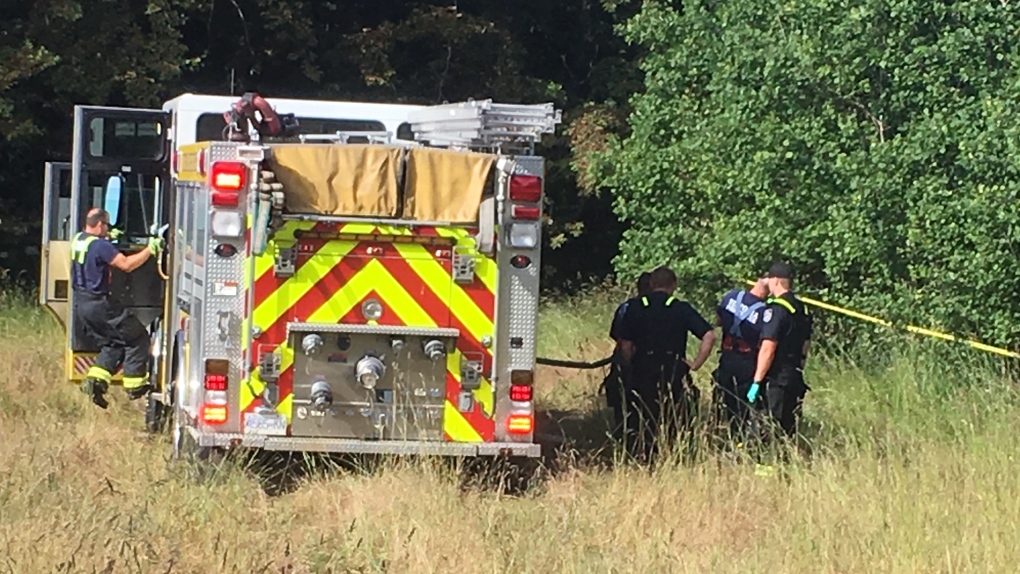 Firefighters made quick work of the blaze after it sparked in a heavily wooded area in the 1000-block of Dallas Road. June 14, 2019. (CTV Vancouver Island)

Victoria Fire crews were called to Dallas Road twice in a matter of hours Friday to extinguish a pair of brush fires.

Fire crews quickly put out a blaze around noon in Holland Point Park. All that was left of the small blaze was a puddle where it had been extinguished.

People setting up camp in the bushes, cooking food and having campfires are the main cause, according to firefighters.

"We’ve got to be careful," said Victoria Fire Capt. Kirk Corby. "People being cognizant of campfires and calling them in is a good thing."

The first fire occurred hours earlier, just before 8 a.m. in the 1000-block of Dallas Road.

Firefighters had to trek through paths and bushes to the heavily wooded area where the fire began.

Crews put out the fire quickly using a pump truck and say an encampment was also found in the area.

The surrounding area is made up of tall dry grass and officials say the blaze could have been much worse if not for fire crews' quick response.

The incident is under investigation and due to the encampment, investigators say someone may have been living there.