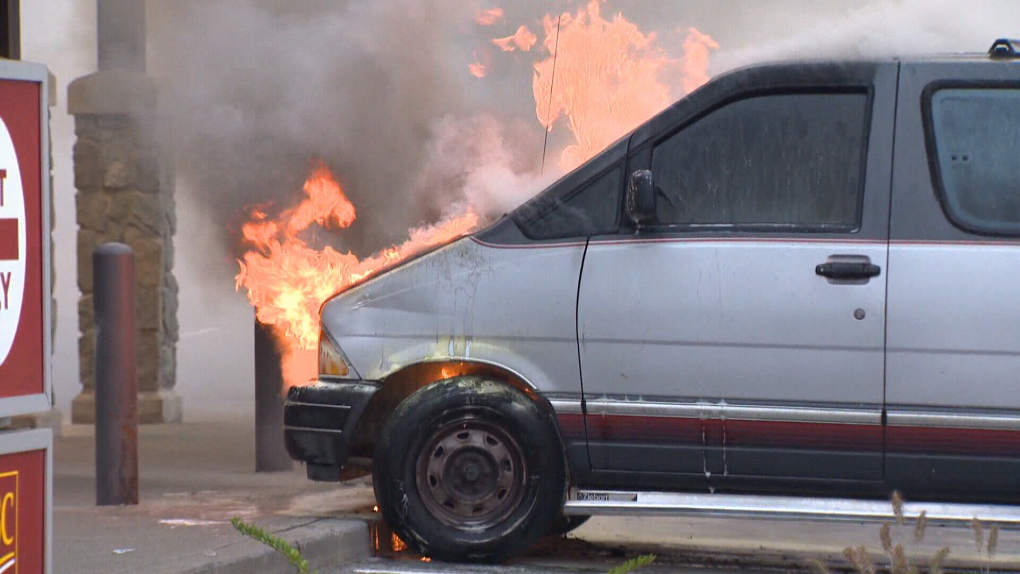 Firefighters were concerned the fire would spread to a nearby CIBC. Sept. 6, 2017 (CTV Vancouver Island)

Fire crews in Courtenay managed to keep a fire from spreading to a building after a van burst into flames in a strip mall parking lot on Wednesday.

Emergency crews were called to the shopping centre at Lerwick and Ryan Roads around 7:20 p.m.

Firefighters were concerned the fire would spread to a nearby CIBC.

“The fire did start in the engine compartment so that’s where we’ll be looking when we carry out our investigation,” said deputy chief Dennis Henderson.

The owner of the vehicle said he had recently done some work on the van.