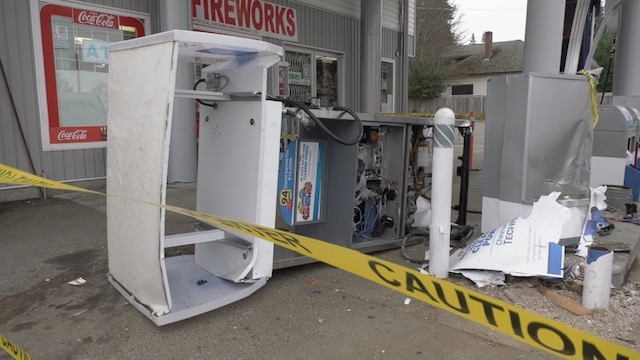 A pickup truck slammed into one of the station's pumps shortly after 9:30 p.m. Sunday. (CTV Vancouver Island)

QUALICUM BEACH, B.C. -- A Qualicum Beach gas station is behind caution tape Monday morning after a pickup truck slammed into one of the station's pumps shortly after 9:30 p.m. Sunday.

Chevron station owner Jeff Kim was just closing up the station and had turned off power to the pumps when he heard a vehicle braking and then a loud smash.

"I just opened the door to find out what happened. Some truck hit the pump," Kim said.

He said police were on scene in less than five minutes. Kim said police told him the driver was trying to make a turn at the corner onto Texada Road in front of the service station but was travelling too fast.

"He ran away, leaving his dog inside the truck," Kim said.

Kim hopes to be back up and running with one pump while waiting for a replacement for the damaged one. 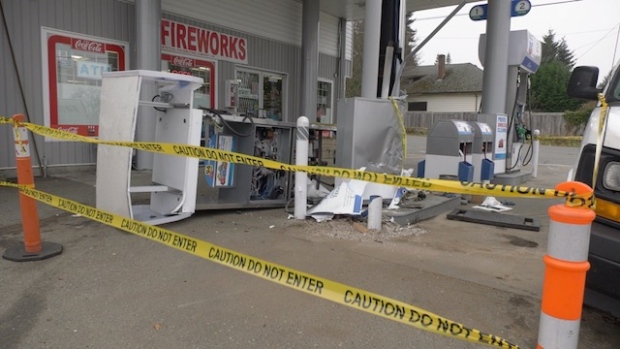