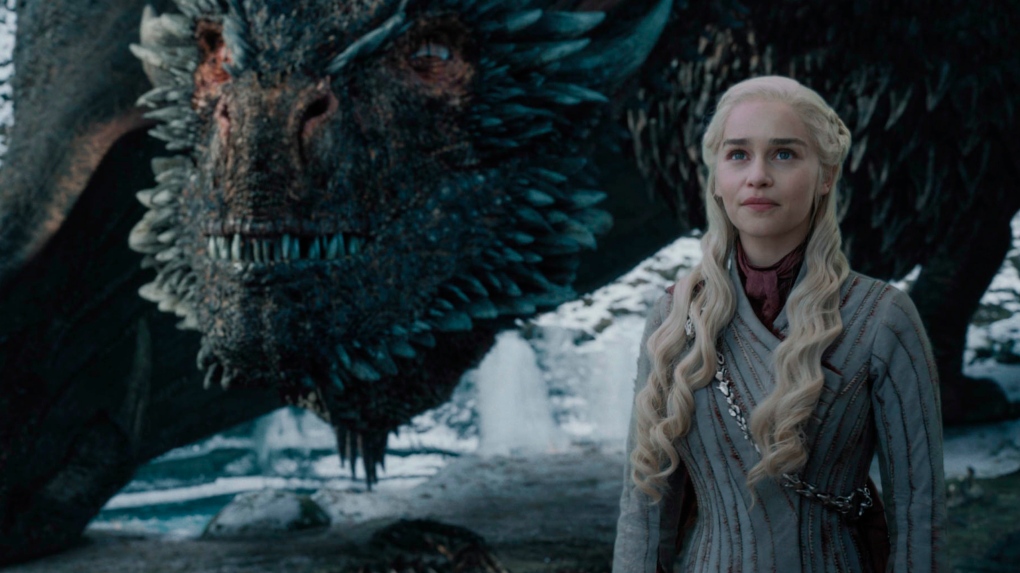 Sunday’s episode is the final episode in the eight-season series. (HBO)

So much for a quiet Sunday evening at home.

Earlier this week Victoria’s charming Vic Theatre launched a curveball at Victoria Game of Thrones fans planning to take in Sunday’s final episode from the comfort of their living rooms.

The popular solo-screen theatre on Douglas Street is offering fans a rare opportunity to take in the highly anticipated final episode for free from its 213 seat theatre.

But here comes the spoiler alert. Just days after the event was announced, it sold out.

With every seat spoken for, the theatre is asking people without tickets not to even consider showing up.

On the Victoria Film Festival website, registered guests are encouraged to come thirsty.

“We are one of the only licensed theatres in the Seven Kingdoms,” it says.

The posting also tells guests to leave their dragons at home, and asks people to register “to let the Mother of Dragon(s) know that you’re coming or seats will not be held.”

The guest who wears the best Game of Thrones-inspired costume will win two tickets to see Guy Ritchie’s Lock, Stock & Two Smoking Barrels at a future event called “Movie Under the Maltworks” being held at Phillips Brewery on May 25.

Sunday’s episode is the final episode in the eight-season series.

The show has come under fire recently with fans demanding the final six-episode season be remade. A petition to the show's creators has garnered hundreds of thousands of signatures.