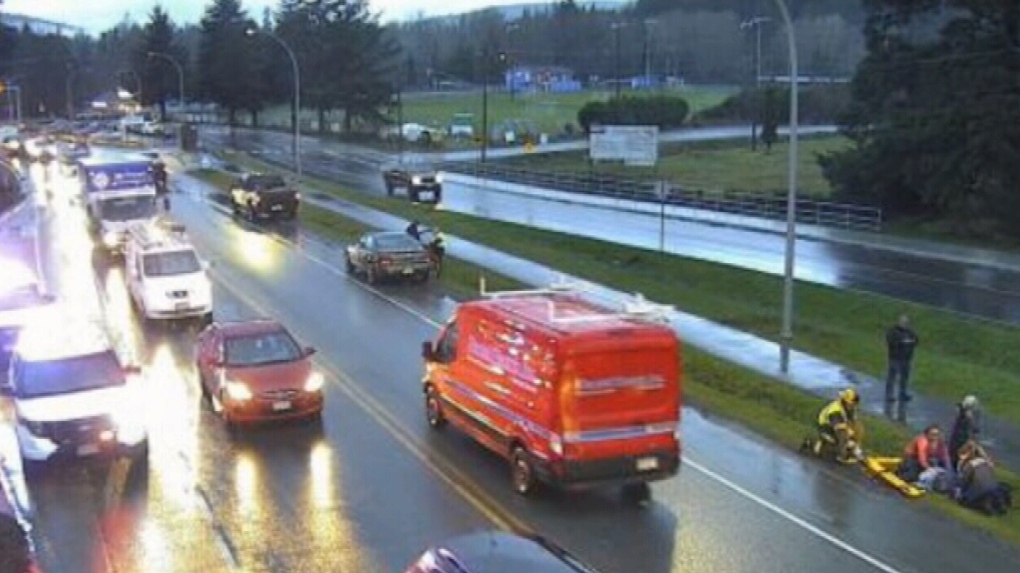 The scene where a pedestrian was struck near Edward Milne Community School in Sooke. (DriveBC)

VICTORIA -- A Sooke teenager is in hospital after being struck by a vehicle in a crosswalk Thursday morning.

The collision happened just before 8 a.m. in front of Edward Milne Community School in Sooke, where the teen is a student.

The student suffered serious injuries but is in stable condition in hospital.

Witnesses say the victim is a female student.

Students tell CTV News that they are shaken up, as the collision could have happened to any of them. Many of the students add that they don't feel safe at that crosswalk, and that it's common for cars to speed in the area.

A critical incident response team is currently working with students and staff at the school.

Police said the student was struck by a green westbound vehicle.

Witnesses described heavy rain at the time of the collision. The Sooke RCMP continue to determine whether the crosswalk light was activated.

“The investigators on scene have determined that alcohol was not a factor in the collision” said RCMP Sgt. Clayton Wiebe.

“The driver of the vehicle has been cooperative with the RCMP investigation, and was very concerned for the injuries sustained by the victim. This investigation is still ongoing to determine what caused this collision.”