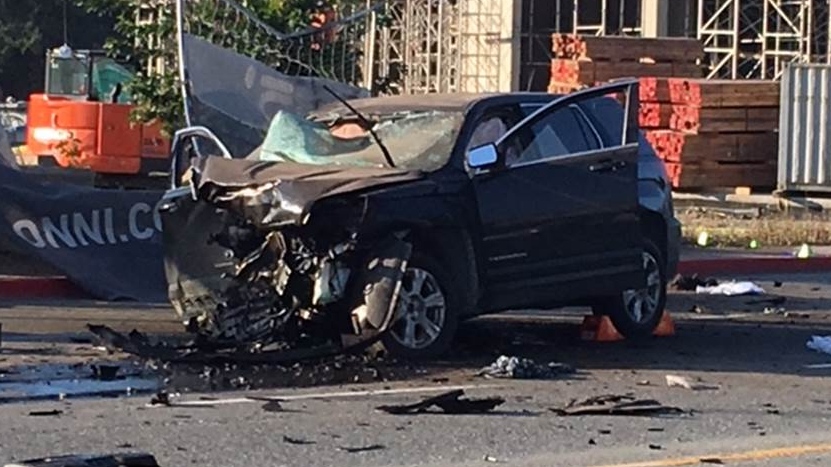 Speed and impairment may be factors in a single-vehicle crash in the Colwood area that shut down a major route Wednesday morning, according to RCMP.

Fire crews and police blocked Sooke Road at Kelly Road and Goldstream Avenue at around 3:45 a.m. following the single-vehicle crash.

Colwood Fire Department tells CTV News two people, a man in his 20s and a man in his 30s, suffered serious but non-life threatening injuries. They have been transported to hospital.

Fire crews were working to clean up a significant fuel spill related to the crash. That clean-up hampered a quick resolution of the road closure.

RCMP were also on scene investigating the circumstances of the early morning crash.

"As we continue to investigate the cause of the collision, Sooke Rd is completely shut down from Jerome Rd to Goldstream Ave, and traffic is being diverted at Kelly Rd.," said West Shore RCMP spokesperson Const. Nancy Saggar. "Traffic will be slow in this area until police are done processing the scene. We will update the public when the roadway is clear. We ask that motorists slow down when coming into this area and expect delays."

Saggar said it's unclear what caused the crash, but speed and impairment are being considered as possible factors.

A detour at Kelly Road routed drivers on to Veterans Memorial Parkway, while the secondary route at Goldstream Avenue is putting drivers on that road.

The City of Colwood used its social media accounts to ask drivers to stay away from the area.

Originally police and fire crews had expected a three-hour closure of the road, but it was not reopened until after 10 a.m.