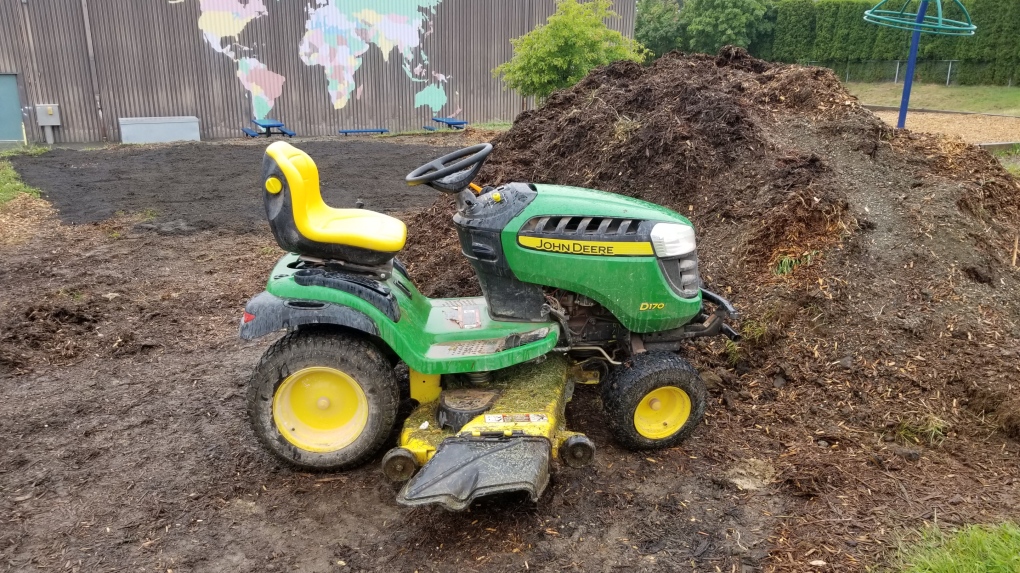 Investigators in Saanich say a joyride early this week saw a thief push the stolen vehicle to its max, a whopping 7 kilometres per hour.

On July 9, police say a John Deere riding lawnmower was stolen from the Gordon Head baseball shed at Lambrick Park.

Investigators say the thief, or thieves, drove the vehicle at tortoise-like speed to the school yard at Torquay Elementary.

Once there, the sluggish gardening cart cut donuts into the field and rammed two goal posts.

It remains unclear how such a slow vehicle was able to spin donuts in a field, but investigators say the mower damaged the field.

School staff found the John Deere abandoned the next morning with minor damage.

Saanich police are asking anyone with information on this theft and vandalism to come forward. 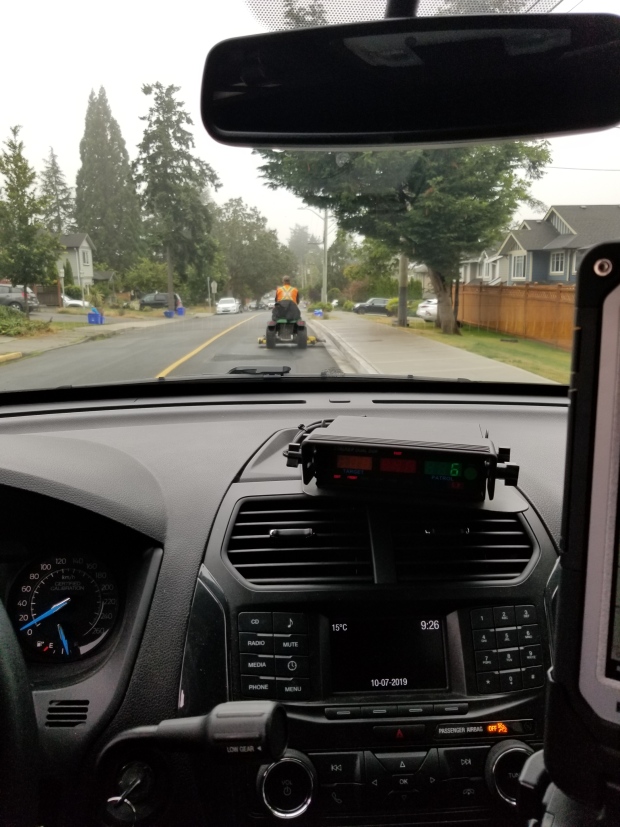