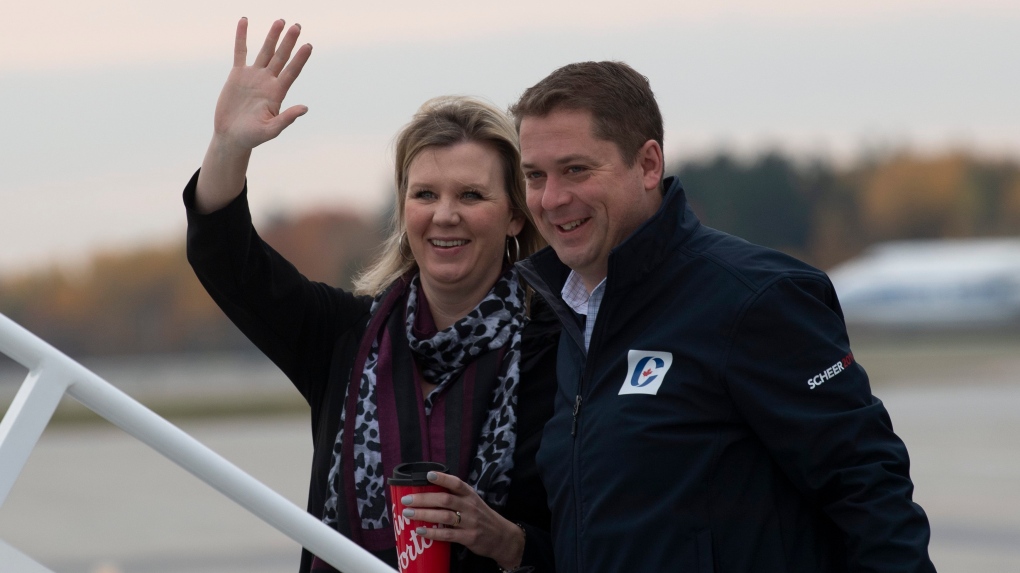 BRAMPTON, Ont. - Conservative Leader Andrew Scheer is promising he'll do whatever it takes to turn his marquee pledge to repeal the carbon tax into reality within his first 100 days in office.

Scheer is campaigning this week by laying out his vision for how he'll govern Canada if he gets a majority next Monday, and continually refuses to entertain questions about what a minority Conservative government would look like.

Scheer, a former Speaker of the House of Commons, also insists that the party that wins the most seats gets to form government, though convention suggests otherwise.

He also suggests that under a Conservative government, he wouldn't necessarily follow in Justin Trudeau's footsteps and put together a gender-balanced cabinet.

He says that depending on who gets elected on Monday, more than half of a Conservative cabinet could be women.

Scheer is leaving Ontario later this morning and headed to Nova Scotia for an evening rally.