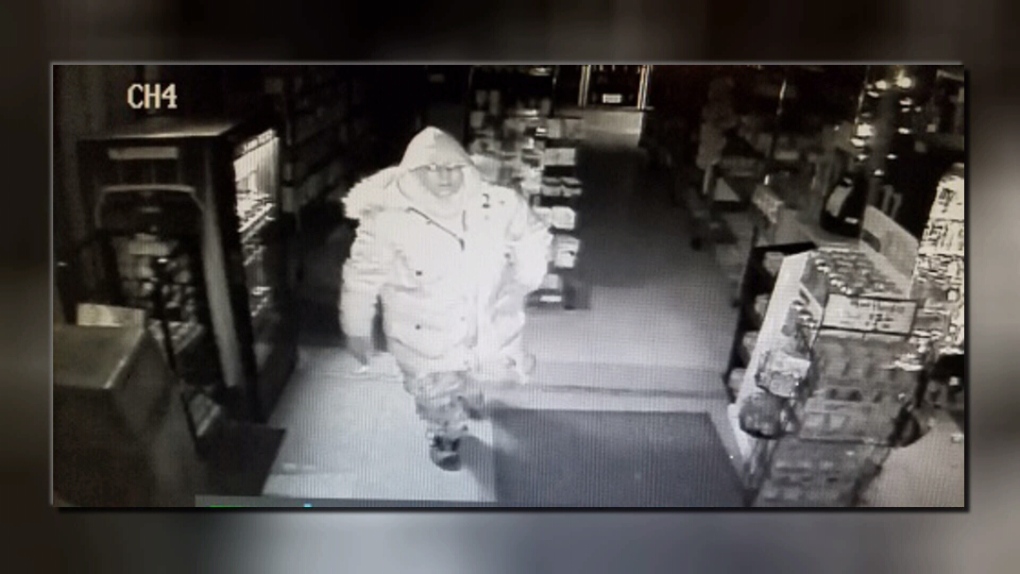 An ATM machine was stolen from a convenience store on Happy Valley Road earlier this month. (West Shore RCMP)

Mounties on the West Shore are trying to identify three people after an ATM machine was stolen in Langford and another was almost taken in two separate incidents.

The first incident happened at a convenience store on West Shore Parkway on Feb 2.

An employee at the store reported an unknown man running into the store around 5 a.m. and wrapping a tow wire around the ATM machine. The wire was attached to a white F150 truck.

The man then ran back to the truck and attempted to haul the machine away, but failed when the wire snapped. They left the store empty-handed.

The second break-and-enter happened on Feb. 9th just before 4 a.m. at a store on Happy Valley Road.

Video surveillance shows one of the burglars hauling out the ATM machine.