Police are searching for a thief after a piece of hotel history went missing from the Fairmont Empress.

Hotel staff noticed the Bengal tiger was missing from the wall in the former Bengal Lounge on Wednesday morning.

According to the hotel, it’s believed the tiger pelt was removed from the wall between 3 p.m. and 8 p.m. on Tuesday. 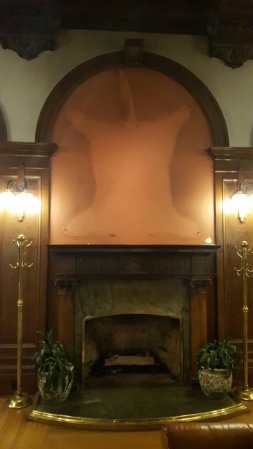 The tiger hung above the fireplace in the Bengal room. It was part of the Indian theme adopted by the restaurant during Operation Teacup in 1970.

“The iconic pelt was an important piece of history for guests, and is an integral part of the décor for the newly reinvented and restored Bengal social space,” the Fairmont’s Kerry Duff said.

According to the hotel, this is not the first time the tiger has gone on an “unexpected adventure.”

The Bengal tiger pelt went missing as part of a prank several decades ago. It turned up in an unusual location before being returned to the Empress.

“The Fairmont Empress is cooperating with police in securing the return of this priceless antique,” Duff added.

Anyone with information is asked to call Victoria Police.