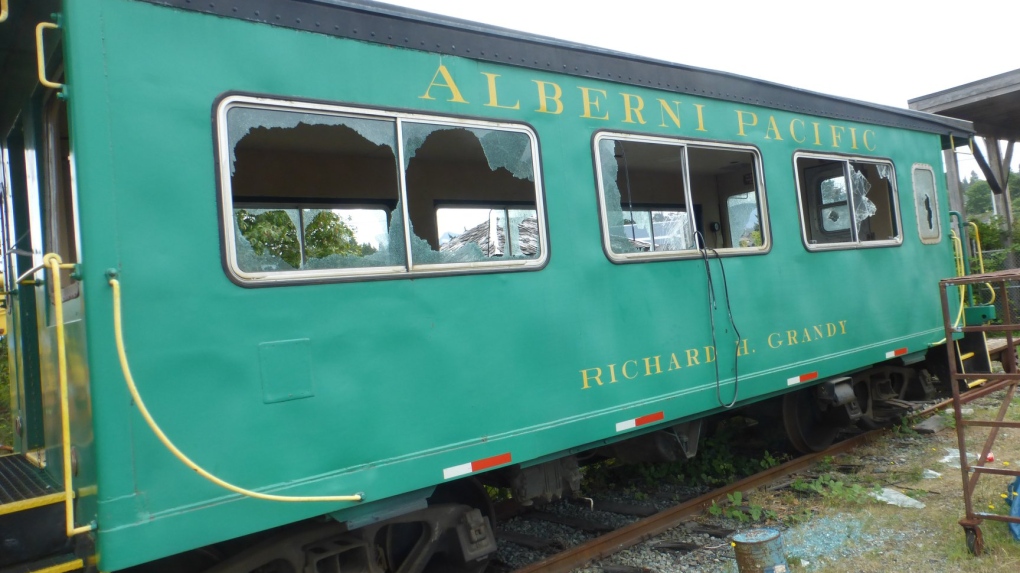 The approximate value of the damage to the railcars is unknown. (Western Vancouver Island Industrial Heritage Society/Facebook)

Port Alberni police are recommending charges against two teenage boys after a pair of heritage train cars were damaged in an apparent act of vandalism.

The Port Alberni RCMP say officers were called to the Alberni Pacific Railway roundhouse at approximately 1:30 p.m. Monday after two youths were reportedly smashing windows in the historic train cars. 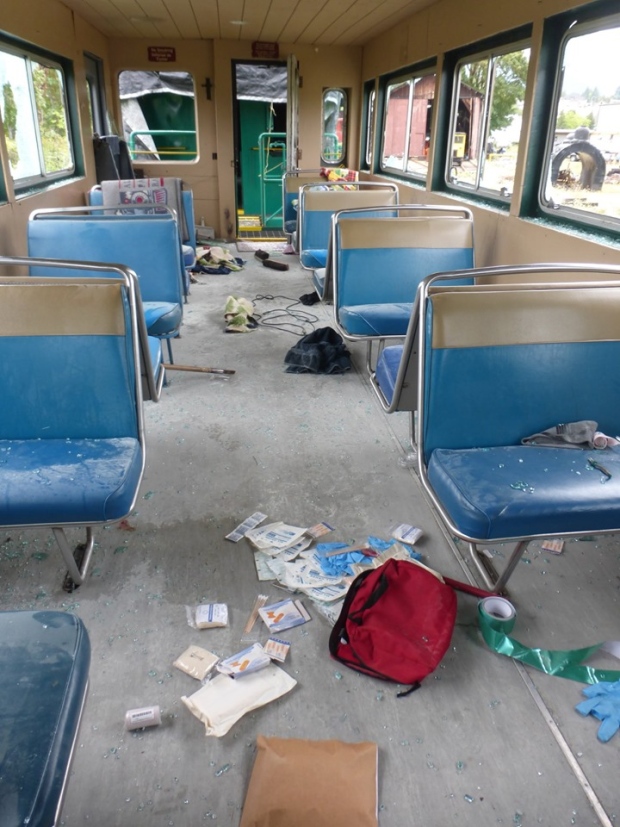 "Police attended and located both male youths, arrested them and they've since been released on a promise to appear in court," a Port Alberni RCMP spokesperson said Wednesday.

The Western Vancouver Island Industrial Heritage Society wrote on its Facebook page that the suspected vandals smashed "every window" and discharged fire extinguishers inside the cars during a "destructive rampage."

The approximate value of the damage is unknown. 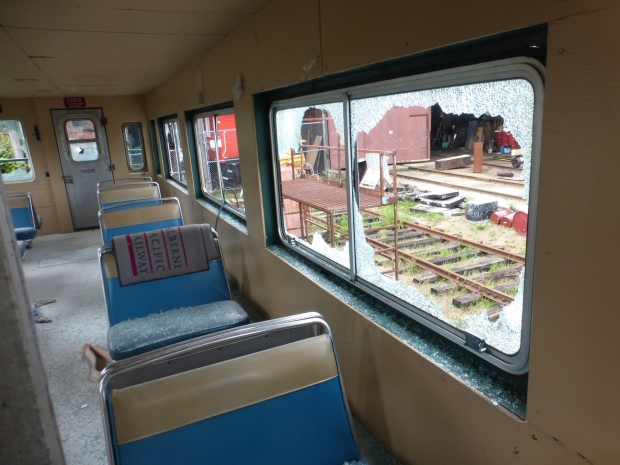 "The windows were all smashed out of those heritage railcars and they're being charged with mischief," police said.

Calls to the heritage society were not immediately returned Wednesday morning.