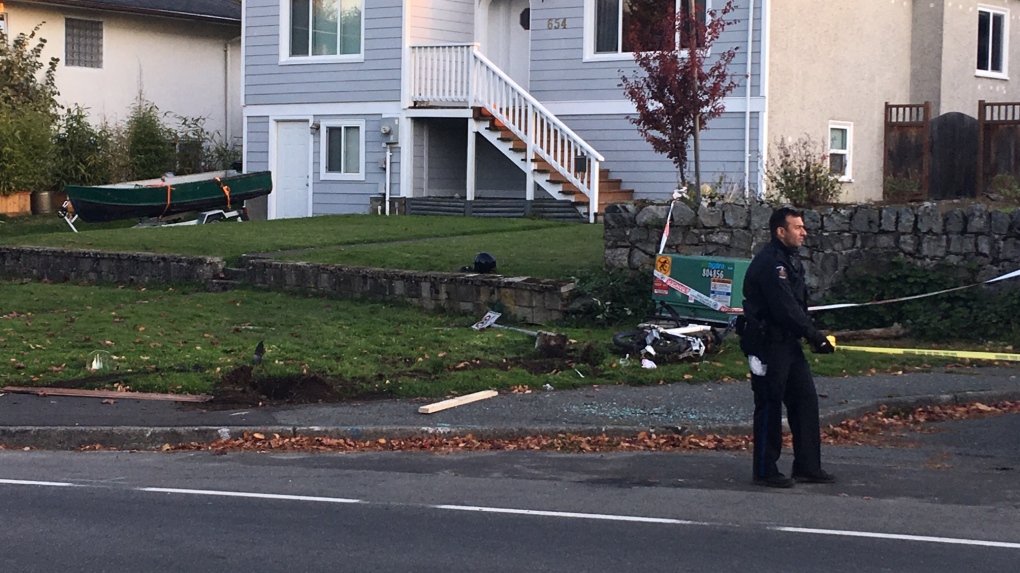 A badly damaged electric bicycle can be seen on the side of Gorge road this morning. (CTV Vancouver Island)

Police say a man who lives in the 600-block of Gorge Road West saw a suspicious man on his property and followed him out towards the street.

The suspicious man was joined by another man out front and walked towards the intersection of Gorge Road and Dysart Road. The two were then joined by a third man in a red Ford F150 pickup truck.

The Gorge Road resident then went over to the area on his e-bike. The F150 pulled a U-turn and struck the man on the e-bike, police said.

The e-bike was crushed under the truck and the rider was knocked off, sustaining minor injuries, according to police.

Police say the three men in the truck then removed wood from the rear of the truck to get the F150 free of the e-bike before fleeing the scene.

Saanich police say a confrontation then ensued in which a pellet gun was produced, though it's unclear who was involved in the argument or who produced the weapon.

Police say the complainant had the gun in his possession when police arrived.

Police continue to investigate and are asking any witnesses who have't spoken to police to come forward.