Nancy Raycroft and her dog, Murphy, are regulars at the park.

"I’ve been here everyday for over 20 years," said Raycroft, who lives a few blocks away.

She has begun to feel unsafe coming to the dog park as more campers have been moving into the park.

"Especially after the assault that just happened," said Raycroft on Friday.

On Tuesday morning between, 9 a.m. and 10 a.m., two men cornered and sexually assaulted a female exchange student along a pathway in Topaz Park, police say. 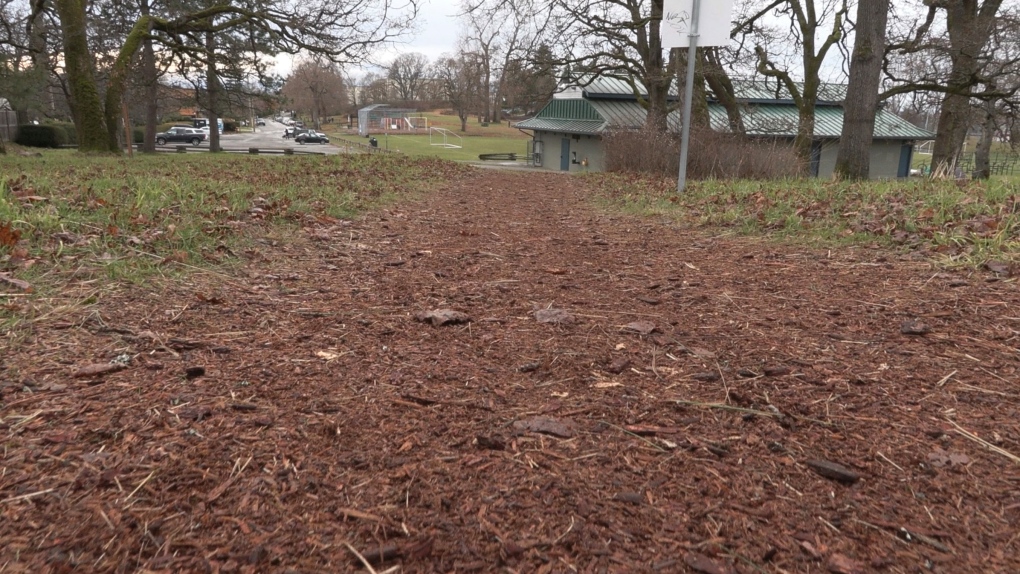 Topaz Park in Victoria is pictured on Dec. 9, 2022. (CTV News)It’s a crime that the Victoria Police Department is gravely concerned about.

"First of all, it is the nature of the incident, the targeting of the victim, the location in public, and the timing," said Bowen Osoko, spokesperson with the Victoria Police Department.

The assault went on for several minutes before the teenager was able to break free of the men. She ran to a safe place and told an adult about what had just happened.

"This young women did everything right," said Osoko. "She displayed courage and tenacity in a situation that would be terrifying and very dangerous."

The Victoria Police Department wouldn’t confirm if the teenaged girl attends the nearby school Ecole Secondaire Victoria High School. Many students do have to make their way through Topaz Park to attend classes in the morning.

On Friday, the principle of that school sent out a letter to students and parents, warning of the assault that had taken place in the park.

The letter reminded students to be mindful of their safety in and around Topaz Park.

The two men are described as being approximately 60 years of age with dark hair. Both were wearing dark-coloured clothing, large backpacks, and had dishevelled appearances.

Those two men are still at large.

"I did see those two guys come in," said Raycroft.

Raycroft was in the park on Tuesday morning before the assault happened. She saw the men enter the park as she was leaving.

"They caught my eye because they were dressed all in black with black knapsacks," she said. 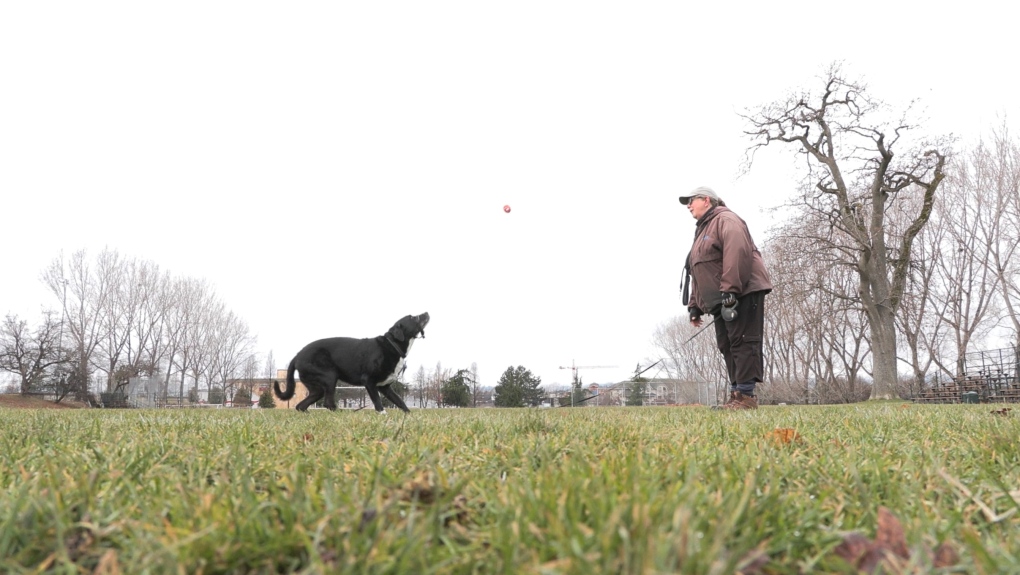 Nancy Raycroft and her dog, Murphy, are pictured in Topaz Park. (CTV News)

Over the past few months, police say calls to the park have increased.

"Topaz Park is an area where we’re seeing more concerns from the public," said Osoko.

The Church Of Jesus Christ Of The Latter-day Saints backs onto Topaz Park. It is getting high-pitched mosquito speakers installed to deter people from sleeping in doorways and a fence is also being installed around the entire perimeter of the property.

It’s a sign of a growing problem in the park next door.

"If anyone saw anything, even if they didn’t see the incident, they think they may have recognized or seen these two men, it’s really important for them to give us a call," said Osoko.

The Victoria Police Department is looking for any dashcam footage or security video from Tuesday morning.