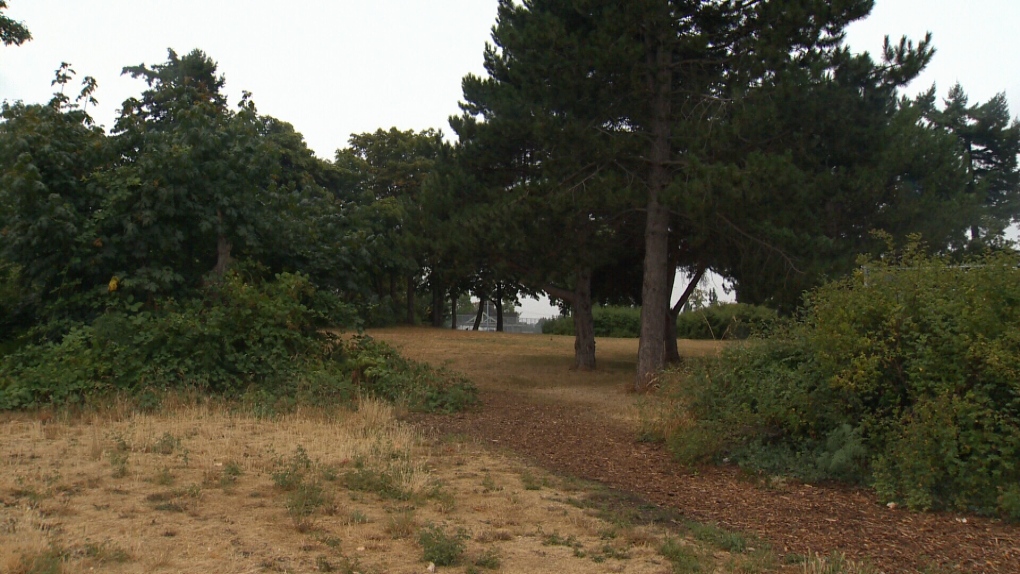 Police in Victoria are asking the public to help identify two men after a teenage girl reported she was sexually assaulted in Topaz Park.

Investigators say the assault happened between 9 a.m. and 10 a.m. Tuesday. The girl was walking through the park when she was stopped by two men near the field house and washrooms at the corner of Finlayson and Glasgow streets.

The two men sexually assaulted the exchange student before she broke free and ran to a safe location where she told an adult what happened, police said.

Both men are described as approximately 60 years old with dark hair and were wearing black shirts, black pants and black shoes.

The men were each carrying a large backpack and had a disheveled appearance, the girl told police.

Police say the incident was reported to police Tuesday night but officers couldn't interview her until Wednesday night as her parents live in another country.

The investigation is ongoing and officers are working to identify and locate the suspects, police said in a release Thursday.

Anyone with surveillance video from the area or who witnessed the incident is asked to call Victoria police at 250-995-7654.

Survivors of sexual violence in Victoria are encouraged to visit the Victoria police's We Believe You website.

A powerful 7.8 magnitude earthquake rocked wide swaths of Turkiye and neighbouring Syria on Monday, killing more than 2,500 people and injuring thousands more as it toppled thousands of buildings and trapped residents under mounds of rubble.

Retirements, high training costs and poor pay are fuelling a pilot shortage in Canada, industry analysts say, at a time when travel has surged in the wake of the COVID-19 pandemic.

The outlook for the loonie in 2023 largely depends on commodity prices, how the U.S. dollar fares, and whether central banks are successful in avoiding a major recession, experts said.

China accuses U.S. of indiscriminate use of force over balloon

China on Monday accused the United States of indiscriminate use of force in shooting down a suspected Chinese spy balloon, saying it 'seriously impacted and damaged both sides' efforts and progress in stabilizing Sino-U.S. relations.'