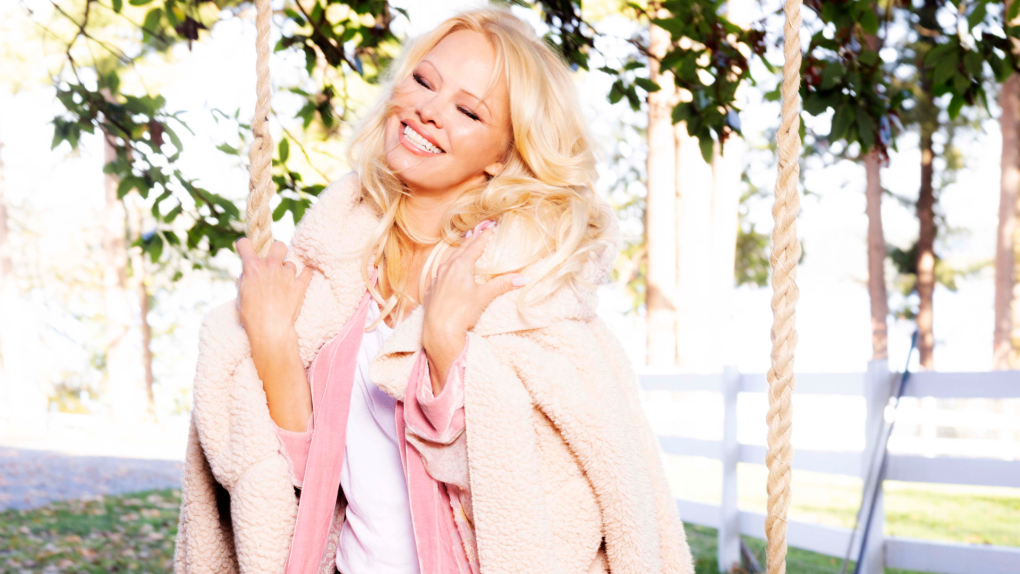 Pamela Anderson on her Vancouver Island property in a promotional image for her new TV show Pamela's Garden of Eden. (HGTV Canada)

Former Baywatch star Pamela Anderson is set to return to television screens this fall with a series about the restoration of her Vancouver Island property.

Pamela's Garden of Eden premieres on HGTV Canada on Nov. 3 and will showcase the redevelopment of the six-acre waterfront property in Ladysmith, B.C., that the actress bought from her grandmother 25 years ago.

"Pamela enlists a team of contractors, an architect, a designer, and input from her parents and son to execute her romantic and glamorous vision," said a release announcing the series premiere on Thursday.

"Over the course of the season, they work alongside Pamela through the stresses, struggles, budget and time constraints of this extraordinary renovation."

The series will feature eight 60-minute episodes that will follow Anderson through the restoration of three main property areas – a boathouse, a cabin and a roadhouse – while revisiting the star's early life and career in Hollywood.

Earlier this year, the Ladysmith town council approved a development variance permit to allow Anderson to construct a large private dock at the property as part of the restoration work.

The variance permit was required due to the dock's size, height and position over an intertidal zone and public right-of-way.

Anderson has been active in her Vancouver Island community for the past several years, supporting local animal rescue group RASTA Sanctuary, appearing on billboards promoting veganism, and campaigning with Nanaimo-Ladysmith Green party candidate Paul Manly in 2019.

After six weeks, more than 70 witnesses, and the submission of more than 7,000 documents into evidence, the public hearing portion of the Public Order Emergency Commission wrapped up on Friday.

Canada coach Herdman on Croatian tabloid: 'My wife's coming after you guys'

Canada had just lost its first World Cup match in 36 years, outplaying Belgium for much of a 1-0 defeat, and an emotional John Herdman revealed in the on-field interview what he had just told his players during a postgame huddle.

Health Canada has issued a recall for an educational children's toy, which may contain above-legal amounts of lead.

The World Cup in Qatar has sparked soccer – and non-soccer – conversations around the world. CTV's W5 Executive Producer Derek Miller writes for CTVNews.ca about his observations from the tournament and how soccer is evolving in Canada.

Ottawa commits $39.4M to support Indigenous languages in the North

The federal government says it is investing $39.4 million to support Indigenous languages in the territories.

Landslide leaves up to a dozen missing on Italian island

Heavy rainfall triggered landslides early Saturday on the southern Italian island of Ischia that collapsed buildings and left as many as 12 people missing.

The holiday toys catching the eyes of industry watchers