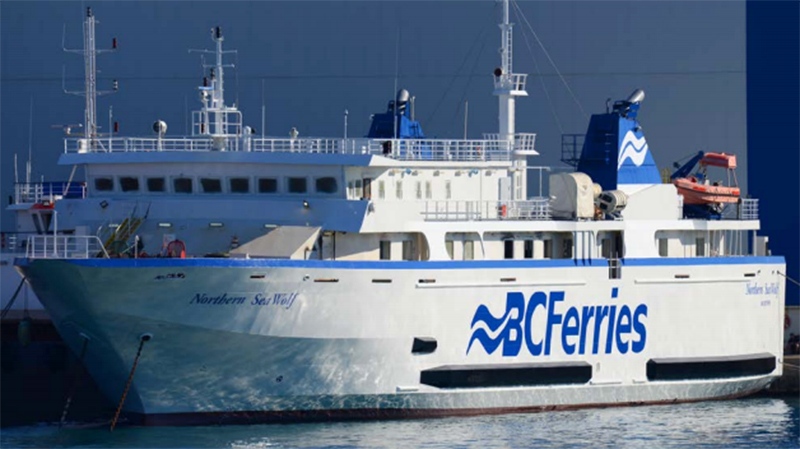 BC Ferries' newest vessel, the Northern Sea Wolf, is en route from Greece and expected to arrive in the province in December. (Courtesy BC Ferries)

The newest vessel in the BC Ferries fleet is on its way to the province from Greece.

The Northern Sea Wolf will work the route between Port Hardy and Bella Coola and is expected to reach B.C. waters in early December.

It left port just outside Athens this morning for the 10,097 nautical mile trip across the Mediterranean Sea, Atlantic Ocean and through the Panama Canal to the west coast of North America.

The Northern Sea Wolf – which was acquired from Greece – was built in 2000, can carry at least 35 vehicles and 150 passengers and crew, and is expected to be in service between northern Vancouver Island and the central coast by next summer.