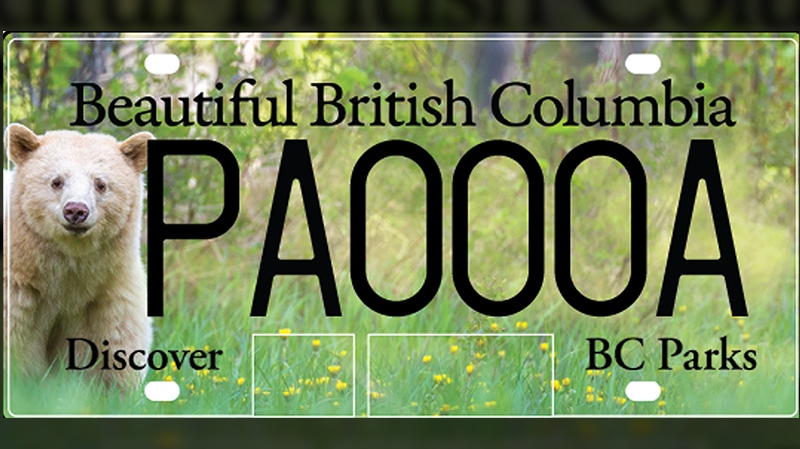 Each plate depicts a scene from a popular B.C. park or recreational area.

British Columbians will soon be able to show their pride and support for provincial parks with a new licence plate.

The province unveiled three new licence plate designs on Wednesday. Each plate depicts a scene from a popular B.C. park or recreational area.

The snow-capped peaks of the Purcell Mountains symbolize the province’s interior region.

The Kermode Bear, which can only be found in British Columbia, was chosen to illustrate the province’s vast, rugged northern region.

The new designs will be available starting Jan. 29.

All profits will go back into provincial park funds.

For more information on the new licence plates click here.