Nanaimo, B.C.-raised singer Lauren Spencer-Smith made her U.S. talkshow debut with an appearance on the Tonight Show Starring Jimmy Fallon.

The 18-year-old musician performed her new single "Narcissist" on the show Monday night.

Other guests on the show that evening included Idris Elba, Aubrey Plaza and Sofia Carson.

Spencer-Smith's appearance on the show is the latest accomplishment for the B.C. singer who first earned fame when she made the top 20 on American Idol in 2020.

Since then, she's released chart-topping singles and performed at Wembely Stadium in London, England. 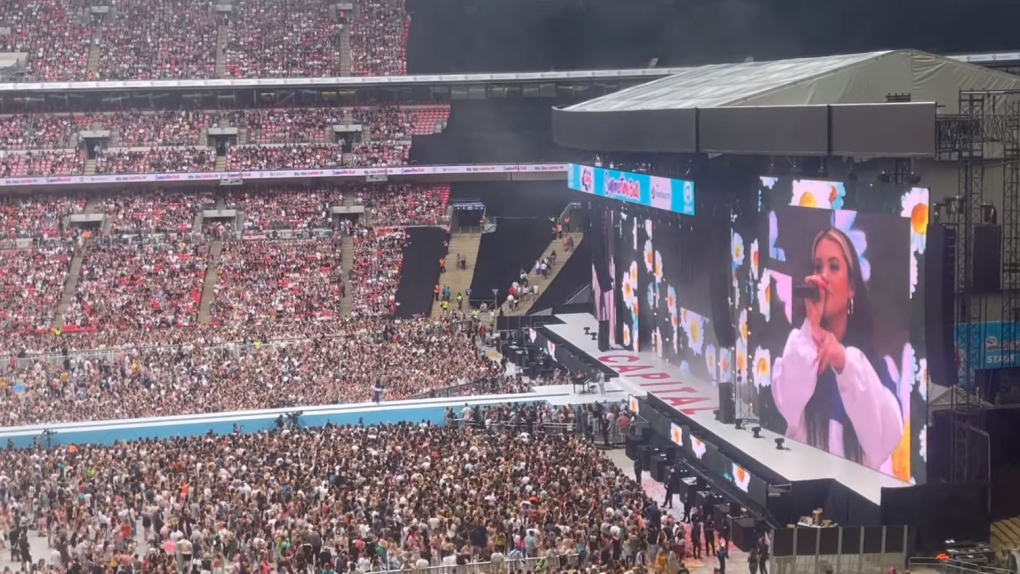 In June, Spencer-Smith was among 22 artists who performed at the Summertime Ball music festival in London, with other musicians including Harry Styles, Sam Ryder and David Guetta.

Spencer-Smith is now preparing to embark on a North American concert tour in August, with shows scheduled in San Francisco, New York, Vancouver and Toronto, among other U.S. and Canadian stops.

Hockey Canada's board chairs, past and present, played defence under House of Commons questioning of the hockey body's handling of alleged sexual assaults and how money was paid out in lawsuits.

Seven women have filed a lawsuit alleging they were sexually assaulted by "various" on-duty officers with Newfoundland and Labrador's provincial police force between 2001 and 2017.

Elon Musk drew backlash on Monday from Ukrainian officials, including President Volodymyr Zelensky, for his unsolicited advice on how to bring about "peace" amid Russia's ongoing invasion of the country.

opinion | Don Martin: An Alberta storm is brewing as Danielle Smith is set to become premier

The next premier of Alberta could well make Conservative Leader Pierre Poilievre look like a right-wing lightweight, Don Martin writes in an exclusive column for CTVNews.ca.