A Nanaimo man is in custody after he allegedly set fire to the outside of a local Tim Hortons.

The fire occurred around 1 a.m. Tuesday at the Tim Hortons in the 2300-block of Northfield Road, according to Nanaimo RCMP.

Multiple people reported the fire to 911, and while firefighters were able to douse the blaze largely before it entered the store, the interior of the Tim Hortons suffered significant water damage. 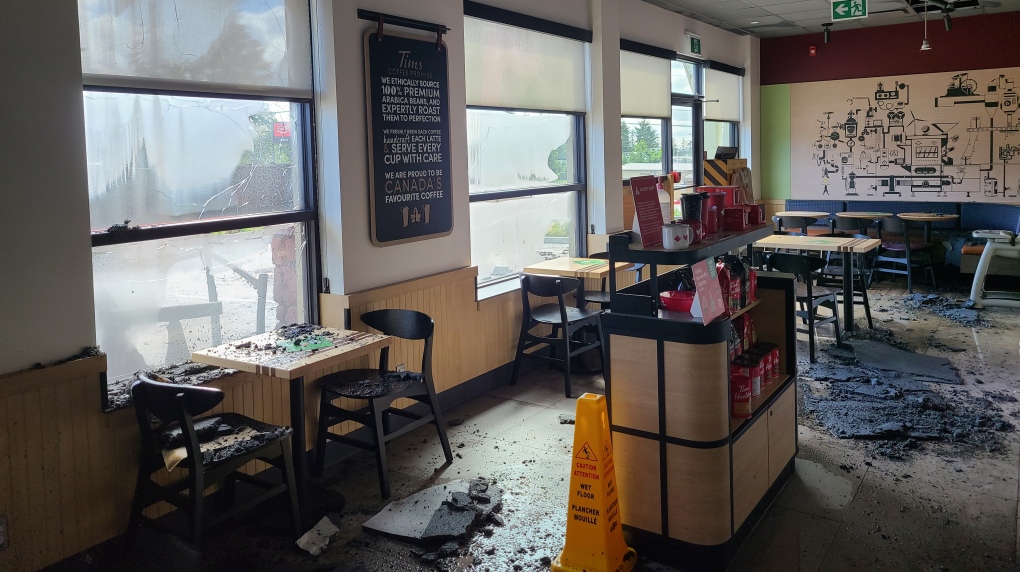 The interior of the Tim Hortons is shown. (Nanaimo RCMP)

On Monday, RCMP said the fire caused "hundreds of thousands of dollars of damages to the relatively new building, and resultantly put several dozen employees out of work for upwards of six months."

Thirty-seven-year-old Kym Arkell was arrested one day after the fire, and police say he's been remanded in custody until Aug. 16.

Arkell is also suspected of starting several other small fires that were reported near the Tim Hortons. However, police say those investigations are still ongoing and no additional charges have been laid.

An 81-year-old man reported missing in Lower Prospect, N.S. is believed to have been swept out to the ocean during post-tropical storm Fiona, according to the RCMP.

Canada will be imposing new sanctions on Iran as a result of a continuing violent crackdown on protesters, Prime Minister Justin Trudeau said Monday.