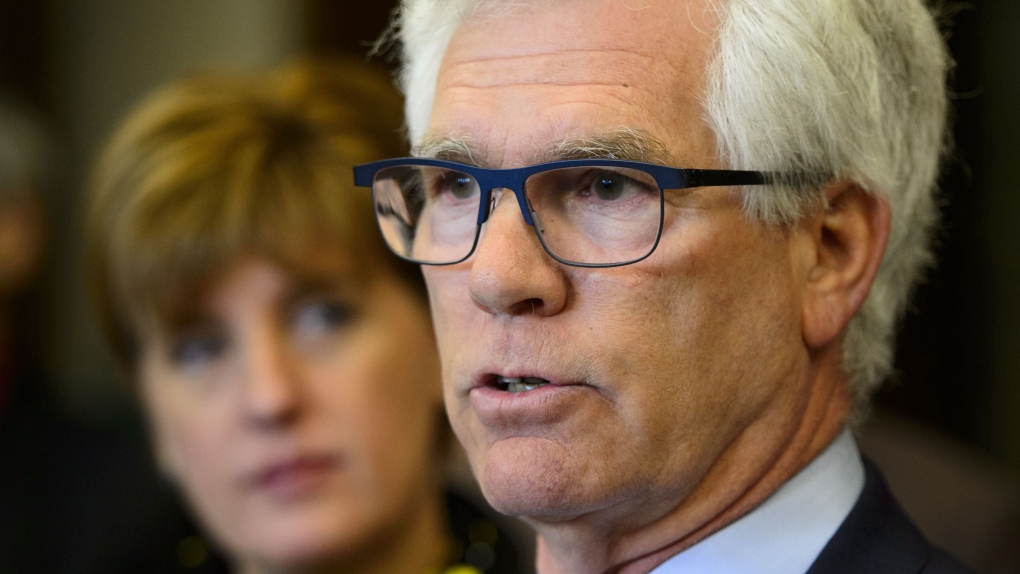 Manitoba MP Jim Carr is no longer in cabinet, but he has a new role helping the government as Justin Trudeau's special representative for the Prairies. (THE CANADIAN PRESS/Sean Kilpatrick)

OTTAWA - The federal government's new western outreach ambassador says there might be room to look at changing legislation at the heart of anger towards the Liberal government in Canada's West.

Manitoba MP Jim Carr is no longer in cabinet, but he has a new role helping the government as Justin Trudeau's special representative for the Prairies.

Carr is undergoing treatment for cancer after being diagnosed shortly after the Oct. 21 election.

Alberta Premier Jason Kenney is among those demanding changes to bills C-69 and C-48, which overhauled the environmental assessment process for major projects like pipelines and legislated a permanent ban against oil tankers travelling along the northern British Columbia coast.

Earlier this month, Vancouver-area MP Carla Qualtrough, a cabinet minister, said the government was open to almost anything to try and help ease anxieties in Canada's oil patch - except for changing Bill C-69.

But on Thursday, Carr said he believes there is an openness to look at the bills for possible improvements.

The legislation was a key talking point during a Thursday morning meeting Trudeau had with Calgary Mayor Naheed Nenshi.

After the sit-down, Nenshi said the two had a blunt conversation about C-69, and that Trudeau spoke about his interest in “improving” the legislation, but without providing specifics.

When pressed about what that meant, Nenshi responded by saying: “That means that I will continue to be a thorn in the side to make sure that this thing works better.”

The two also spoke about what Nenshi described to the prime minister during a brief photo opportunity as the very real concerns people in Alberta have about the Canadian economy.

The Calgary mayor warned about the fragility of national unity and that “careless words, and careless thoughts,” if left unchecked, “could easily rend asunder what has taken generations to put together in this country.”

Stewart said the two focused much of their talk on the opioid crisis and ways to address it.

This report by The Canadian Press was first published Nov. 21, 2019.