'It was the house of their dreams': Nanoose Bay home destroyed by fire

NANOOSE BAY, B.C. -- One family's dream home has gone up in flames following a blaze in Nanoose Bay on Sunday morning.

Crews were called around 3:30 a.m. to a home that was under construction and discovered that the flames had already engulfed the garage and upper floor of the house on Bay Drive.

Denis Holme of the Nanoose Fire Department says the home's size and the fact there were no hydrants in the area created a bit of a challenge.

"There were no hydrants in the area so we did have mutual response from Parksville and Errington with their tenders so water supply was good, it was just a matter of getting everything set up," Holme said

He said the owners are currently away on vacation and were about three weeks away from moving into the home.

"It was the house of their dreams, but fortunately nobody got hurt and the house can be rebuilt which, if you have to look at it positively, that's certainly a way to look at it" Holme said. 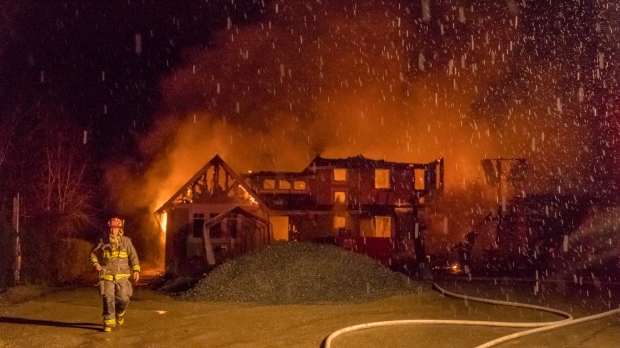 Neighbour Jim Murray called 911 after the fire was brought to his attention by his wife. She had gotten up to get a glass a water and noticed the glare through the window.

"When I saw it, it really struck me that this was a pretty significant blaze and so I called 911 right off the bat," Murray said 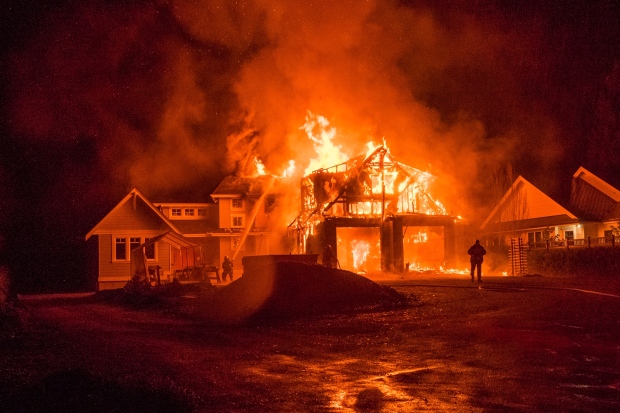 He believes the fire department was assisted by rain that was falling and by winds that were blowing in the correct direction.

"The wind actually was very lucky. It was coming from the east and it was pushing everything over towards Rathtrevor [Beach] so that helped out I think with the firemen keeping the other adjacent building from going as well," Murray said

Crews prevented flames from spreading to a nearby home. The investigation into the cause of the blaze continues. 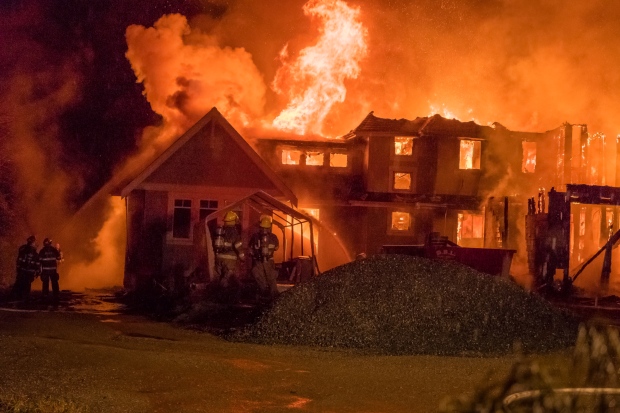