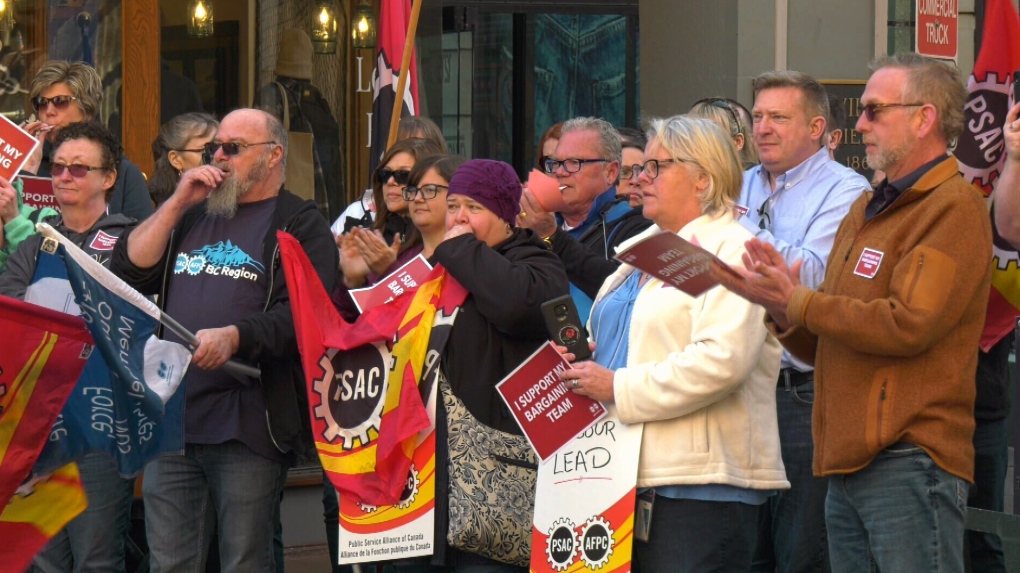 Employees affected by the flawed system say they have had to deal with stress, loss of homes, cars and mounting debt.

Entisar McDonald, a 19-year federal employee says she was initially overpaid for several months and tried to stop the errors. Then she wasn’t paid at all for four months.

The nightmare has cost her more than just financially.

“I had to live at my mom,” McDonald said. “I’m a single parent and my daughter left because of the stress. It’s not just broken up marriages, it’s broken up families.”

McDonald’s story is one of countless others that were echoed at the rally.

The union says employees are routinely being overpaid, underpaid and in some cases, not paid at all.

“Our members are totally stressed, totally frustrated and morale in the workplace is low.”

The Phoenix system launched in 2016 and to replace the federal government's 40-year-old payroll system.

Initially, the government hoped to centralize payroll for employees instead of having it scattered across several departments. The move to the new system was expected to reduce labour requirements and reduce costs, saving the government $78 million a year.

Phoenix was rolled out even though there were recommendations the government should delay the move until critical problems were fixed.

The payroll system has caused numerous issues for employees and has a projected cost to taxpayers of more than $800 million by next year.

Employees, union leaders and politicians are calling on the government to act quickly to resolve the issues associated with the Phoenix pay system and to negotiate a fair settlement at the bargaining table this spring.

The rally was also a platform for the Public Service Alliance of Canada to send a message to the federal government to get serious about the ongoing contract negotiations for its 100,000 members.